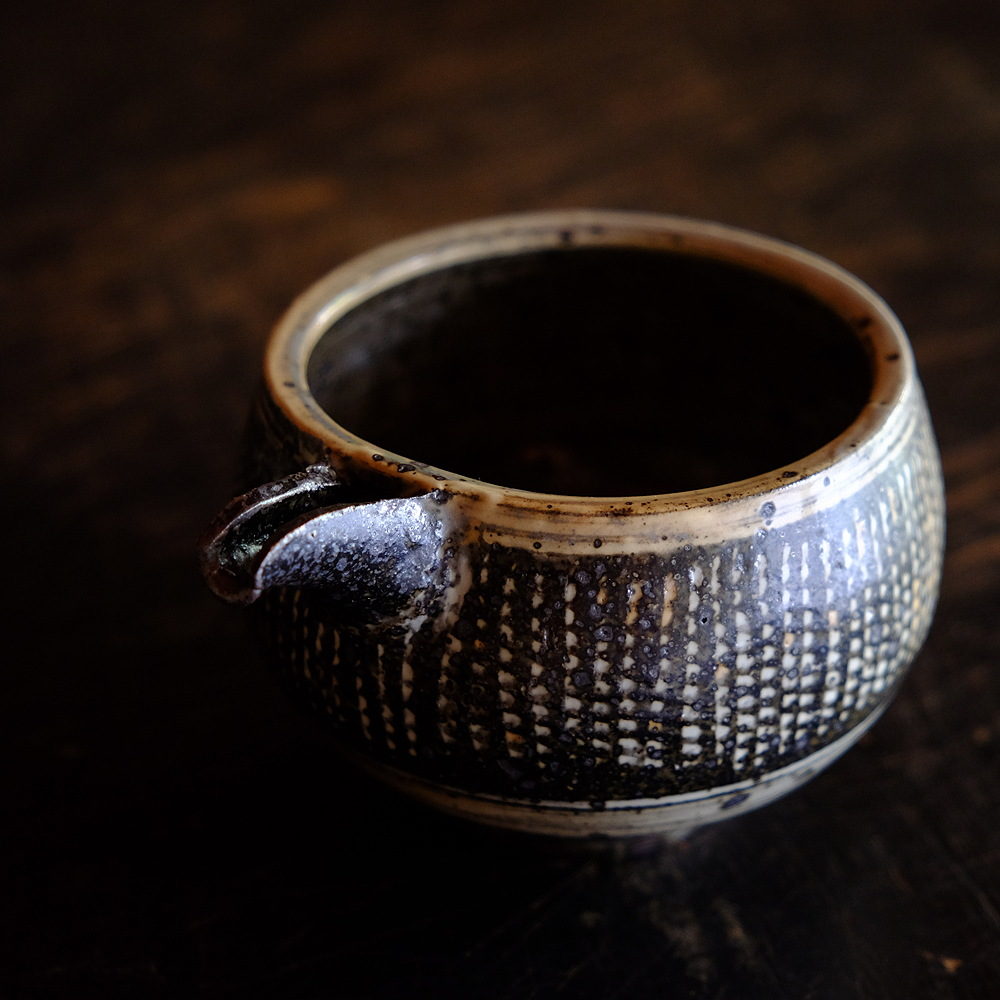 Taki Nakazato’s workshop is located in a small valley near the town of Karatsu. To organize this show we visited the workshop several times. No matter when we arrived – Taki was always sitting behind his foot turned potter’s wheel throwing vessels. Also during our talks he never ceases to work. His feet, his body, the clay on the wheel, his hands and fingers everything is moving in a continuous flow. Watching him throwing the shapes is like listening to music. A music which blends perfect with the sound of the small stream flowing in front of his atelier. In the pieces, we have chosen for this show, you can feel the joyful swinging rhythm of this music. 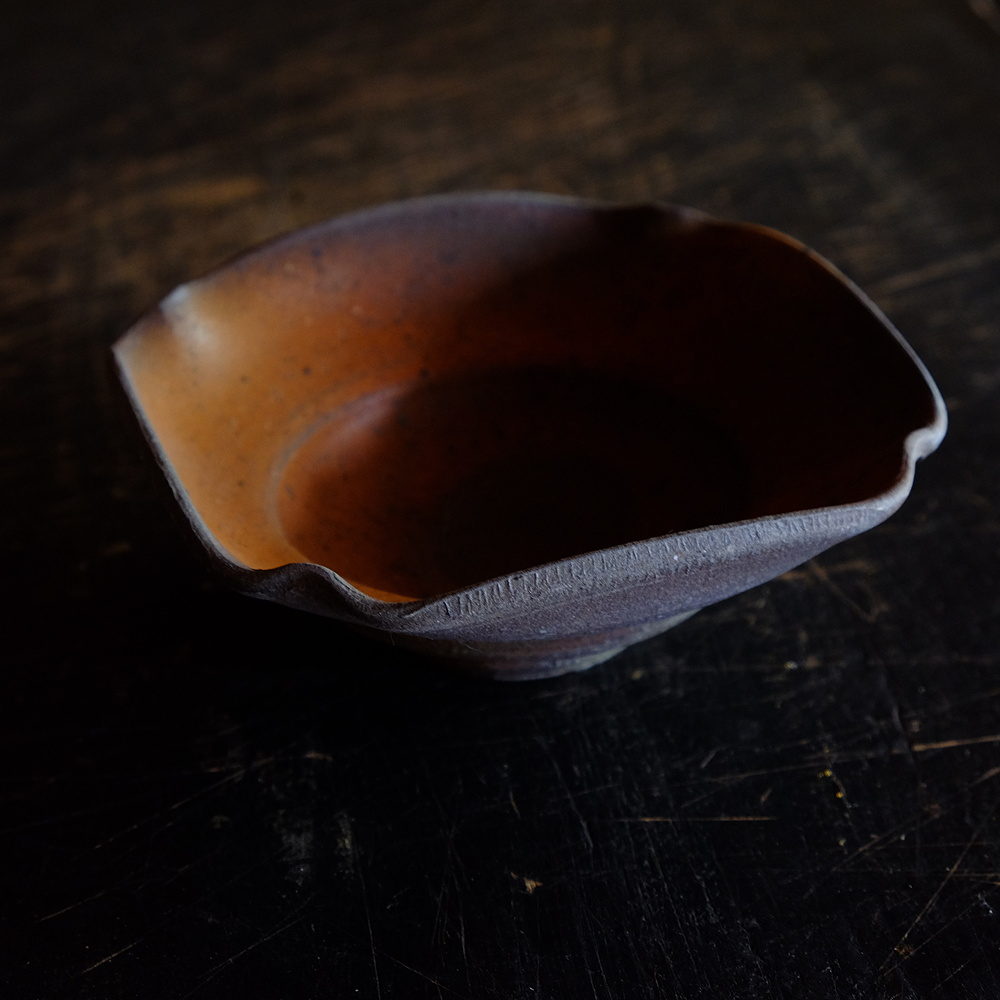 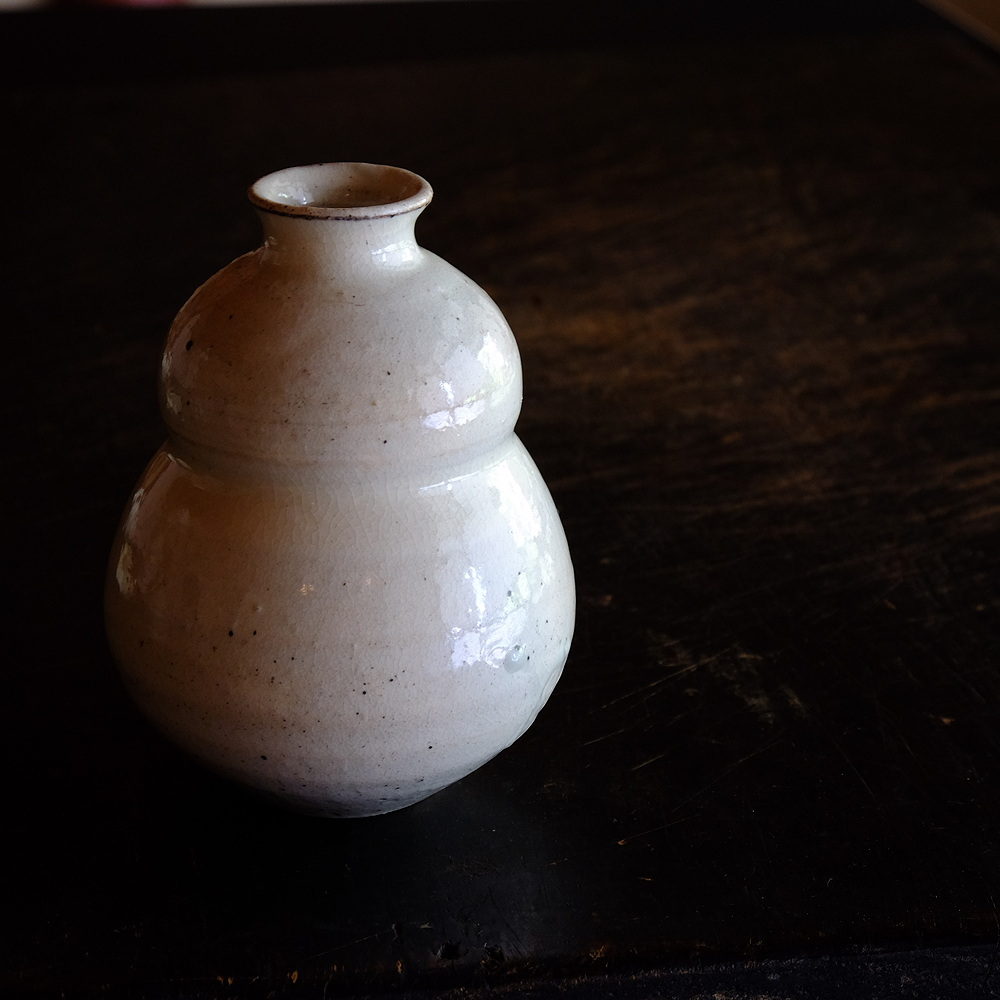 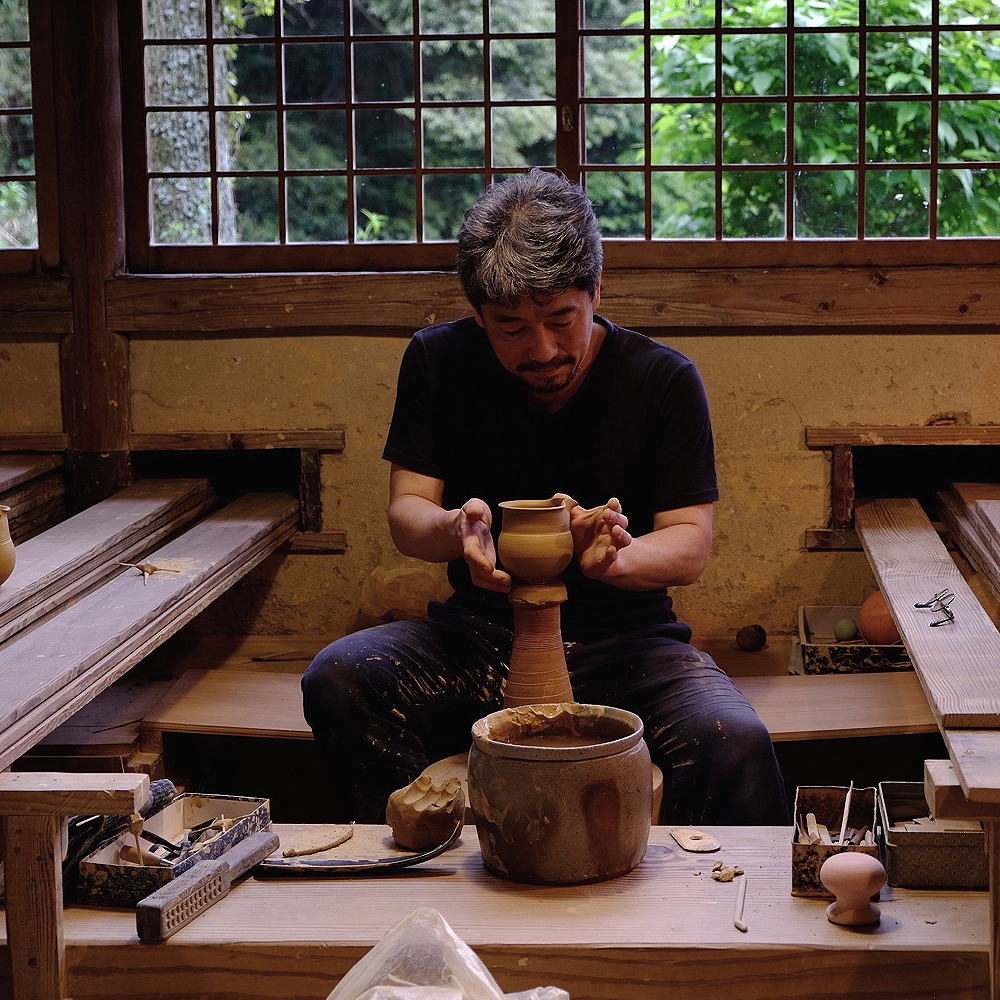 中里 太亀 | TAKI NAKAZATO
was born 1965 in Karatsu. After finishing school he learned pottery under his father Takashi Nakazato. He was 30 years old, when he did his first solo show. At his workshop, which is well known under the name “Ryutagama”, he continues to make pottery, mainly for daily use. 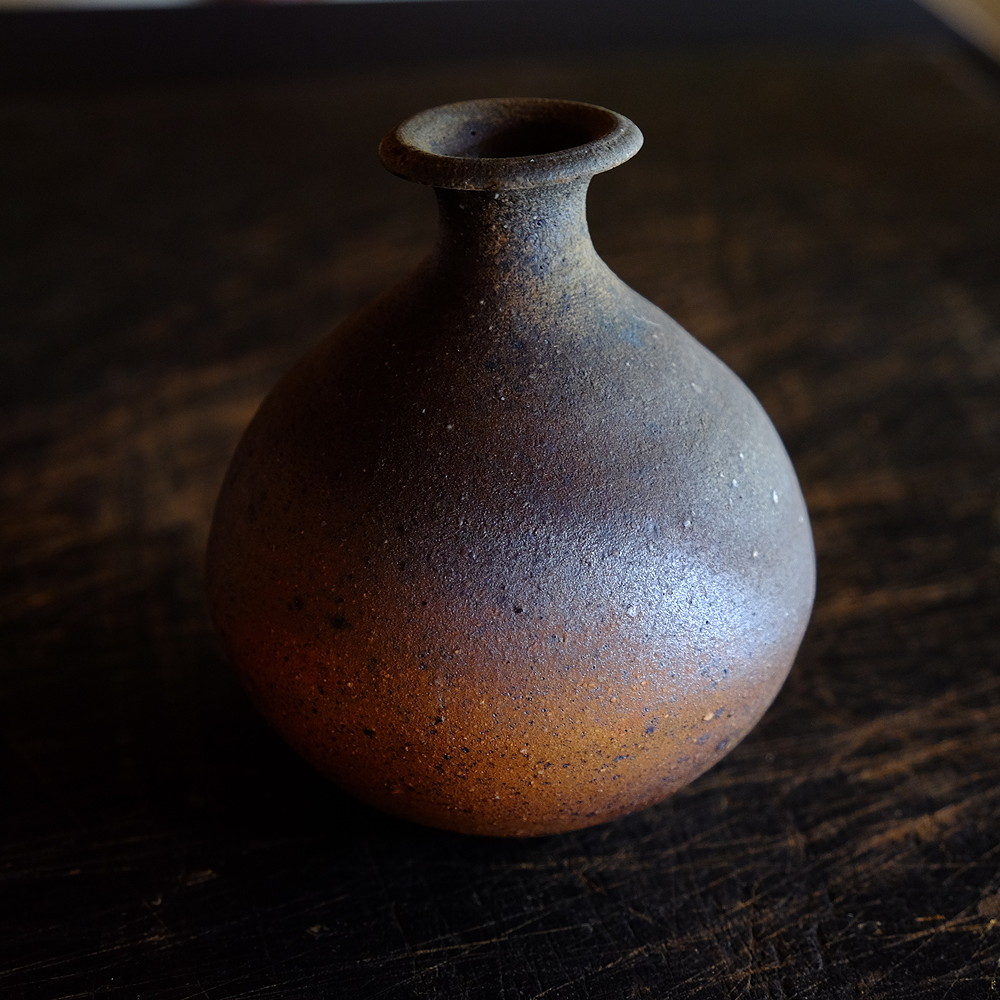 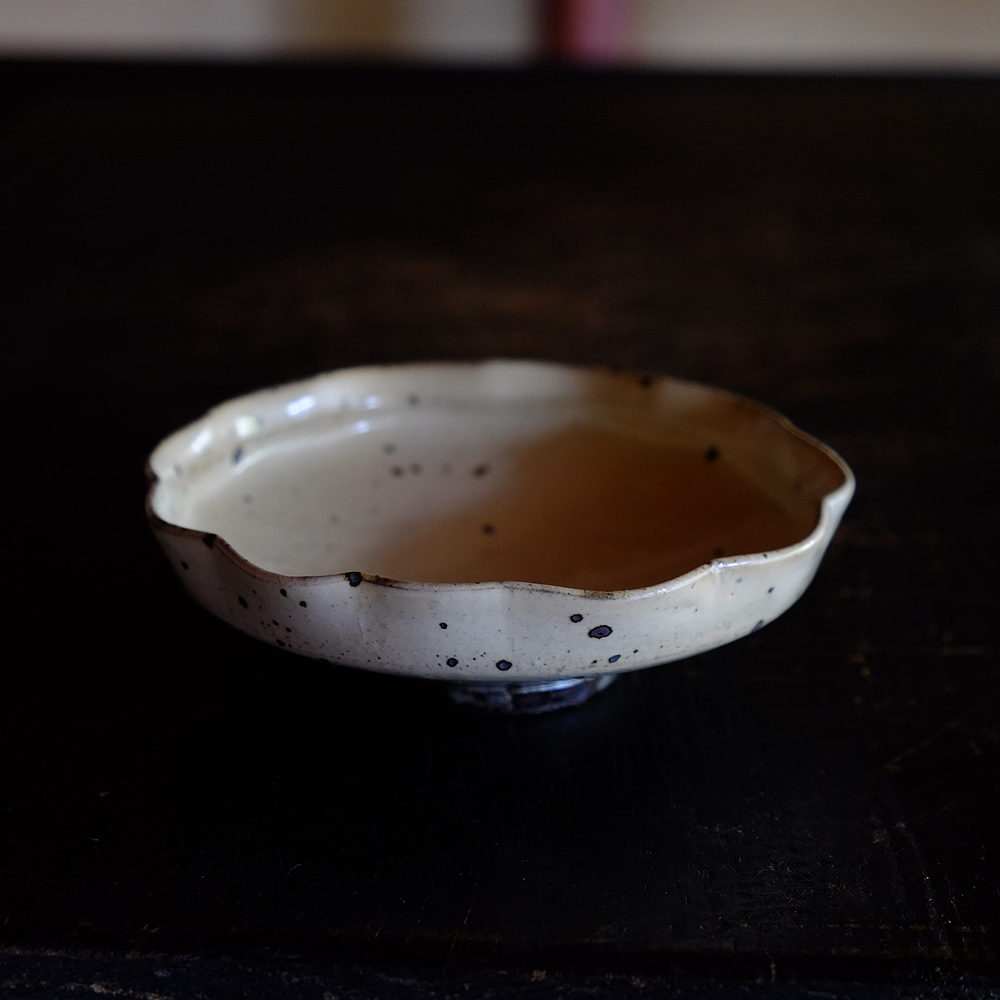