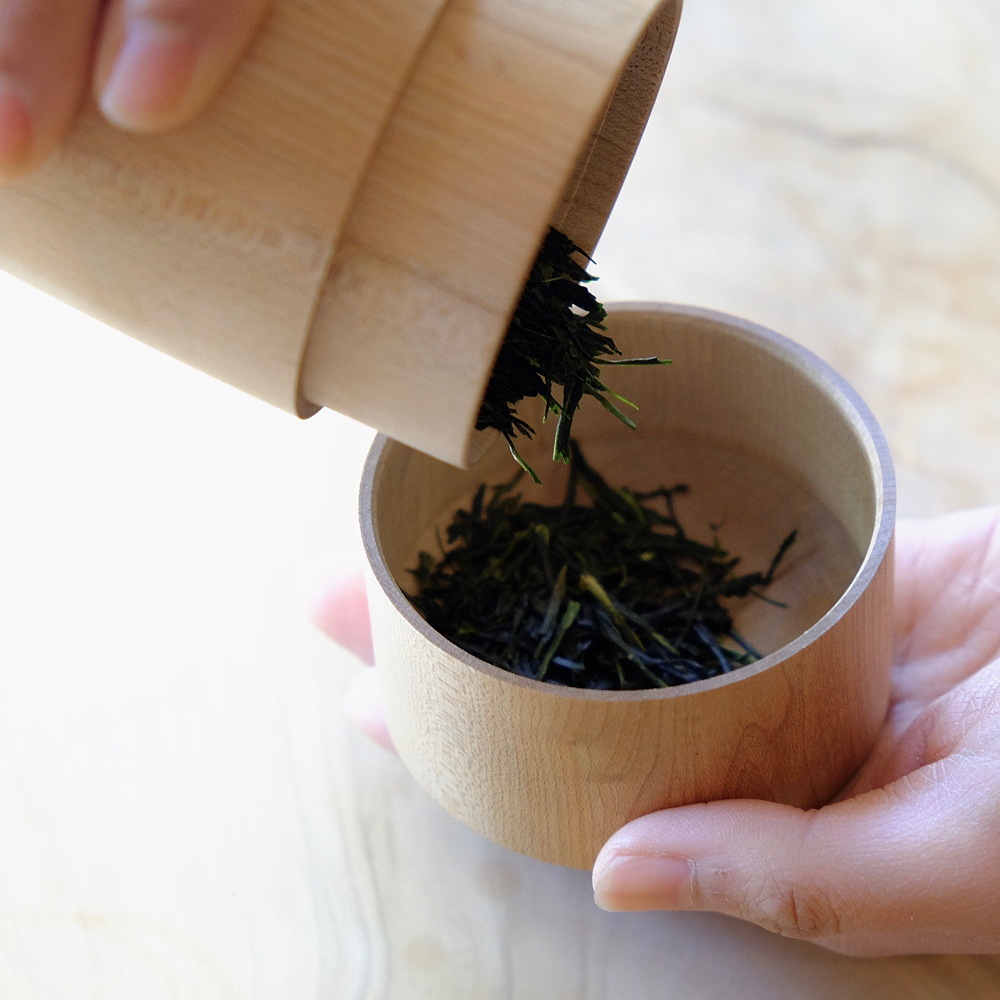 Drinking tea. A simple affair. But when the tea passes from hand to mouth and then flows down through the body, it can become a powerful experience surpassing time, space, and words. For this year’s “New Tea” exhibition, we have invited four promising potters and asked them to make a bunch of different tea cups. Let’s sit down, have a cup of tea, and see what comes to mind while we watch the steam rising from the hot water. 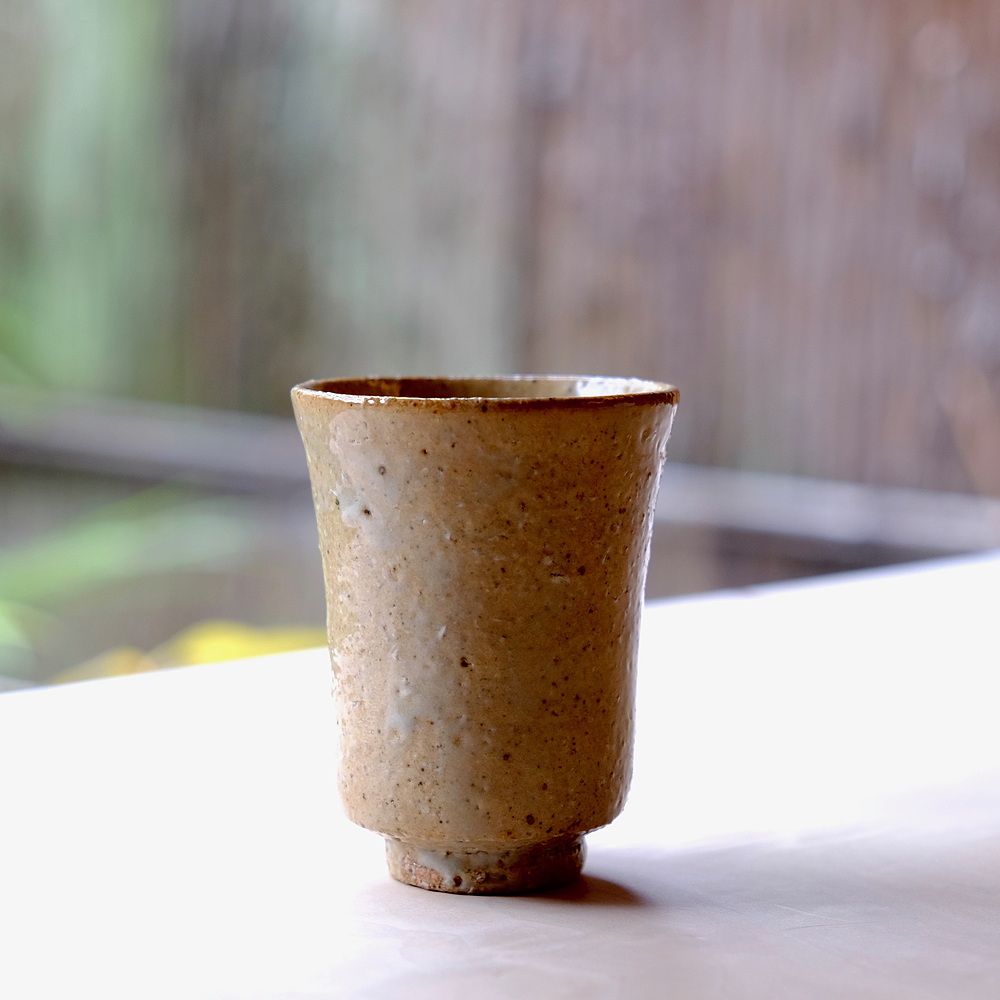 細川護光｜MORIMITSU HOSOKAWA
Born in Tokyo in 1972. Hosokawa spent his childhood in Kumamoto. He studied under Masatake Fukumori at the Doraku kiln in Iga. After living and working some years in the Yugawara domicile of his family, he built his own kiln in Kumamoto in 2005. Morimitsu is steady within himself and at the same time thoughtful to the tiniest detail. I feel a deep and quiet breathing in his ceramics. He took on the challenge and produced tea cups in a variety of styles for this show: ido, shigaraki, kohiki, raku, and others. 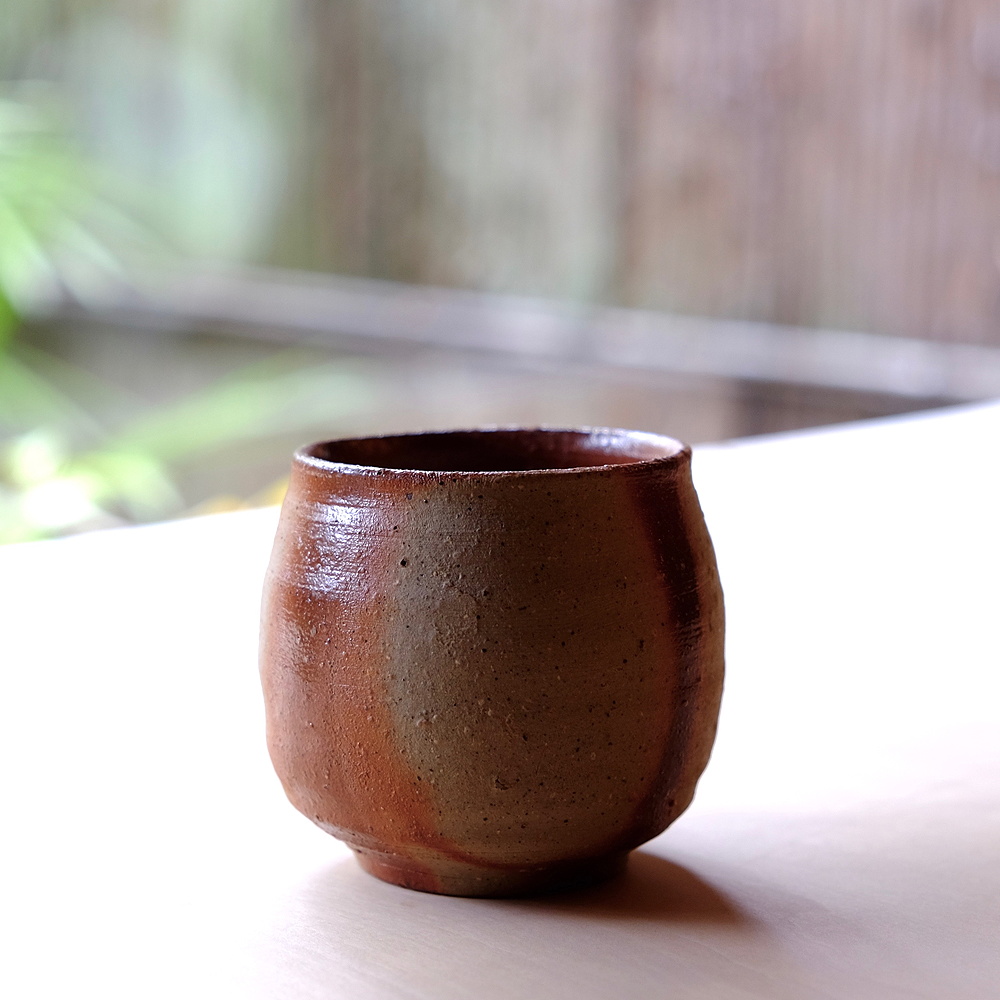 金重多門｜TAMON KANESHIGE
Born in Okayama in 1977. Tamon studied under his father Makoto Kaneshige. He continues the lineage of Bizen ware passed down from his great uncle Toyo Kaneshige and his grandfather Sozan Kaneshige. Clay is prepared by hand and foot without the use of machine power, then fired in the kiln with pine wood to make the most of it. The more you use Tamon’s bowls, the more you understand their exquisiteness. Tamon will present tea cups in hidasuki style and different types of glazed ware. 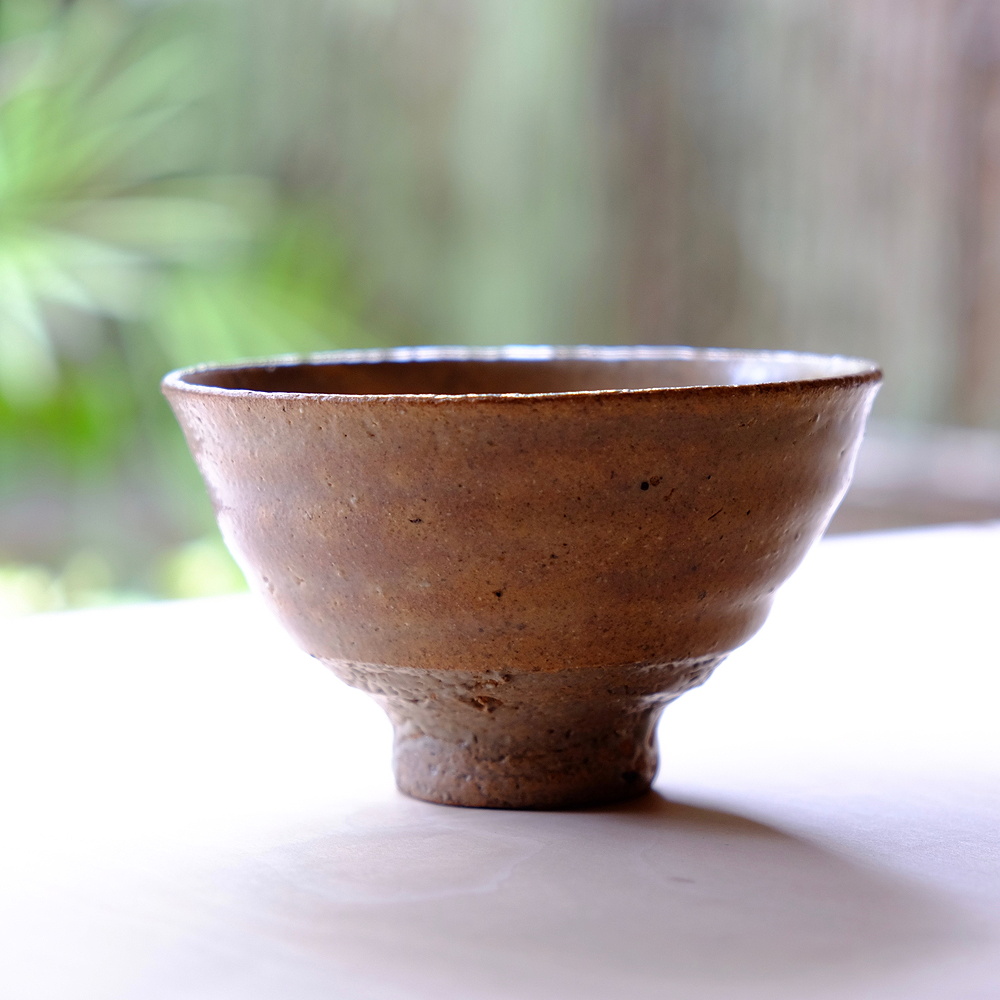 菊池克｜KATSU KIKUCHI
Born in Tokyo in 1972. Katsu went to artschool in Spain, and decided to become a potter. After being an apprentice to Jinenbo Nakagawa in Karatsu, he built his own kiln on Kunisaki Peninsula. For this show Katsu presents teacups in the ido style from clay and glazes he is using for the first time, pieces in the Korean funsei style, and others. Assiduously continuing his research about clay and glazes, Katsu blows a fresh wind into classic ceramic styles. 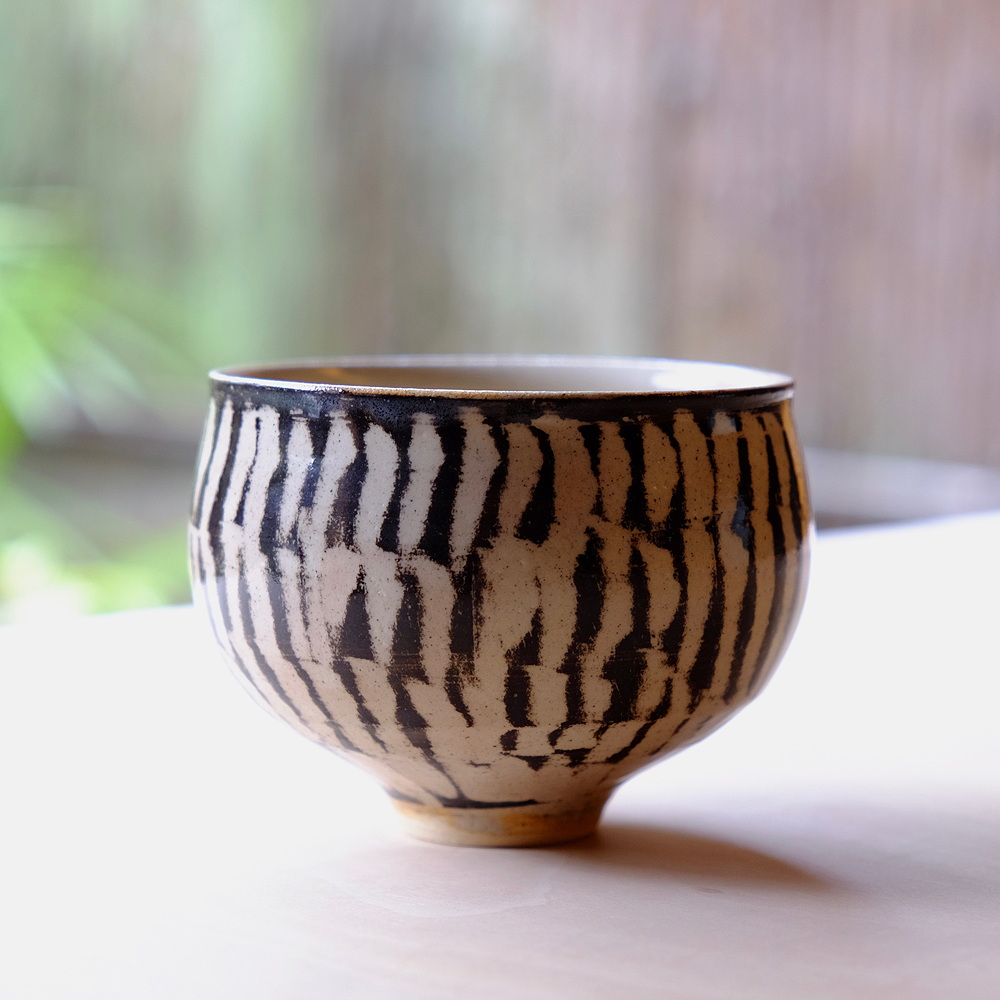 中里花子｜HANAKO NAKAZATO
Born on Tanegashima island in 1972. Hanako lived in the United States from the age of sixteen and learned pottery from her father Takashi Nakazato. She works in both the United States and Karatsu. Throwing her ceramics on the wheel while listening to house music, Hanako handles the clay smoothly, with the agility and power of an athlete. Her cups express the same liveliness. Hanako’s part of the show features many different expressions: brush marks (hakeme), faceting (mentori), cutting (shinogi), and a lot of different glazes. 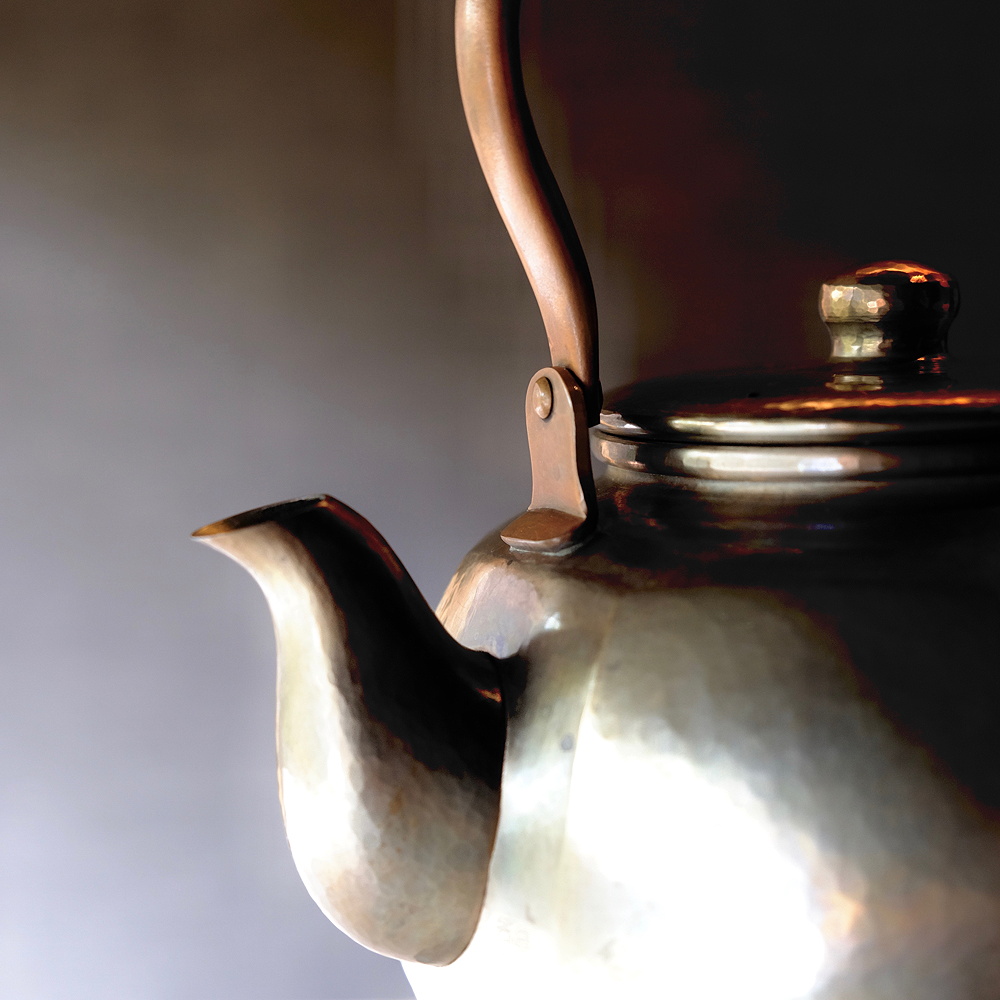 The permanent collection of vessels we use daily in Toka’s tearoom (wooden tea caddies, teapots, etc.) will also be available, as will be a special order of 1.8-liter sized water kettles made from copper, for which we received many inquiries. In these early summer days, the gallery and tearoom will be dipped in the fragrance of fresh tea.