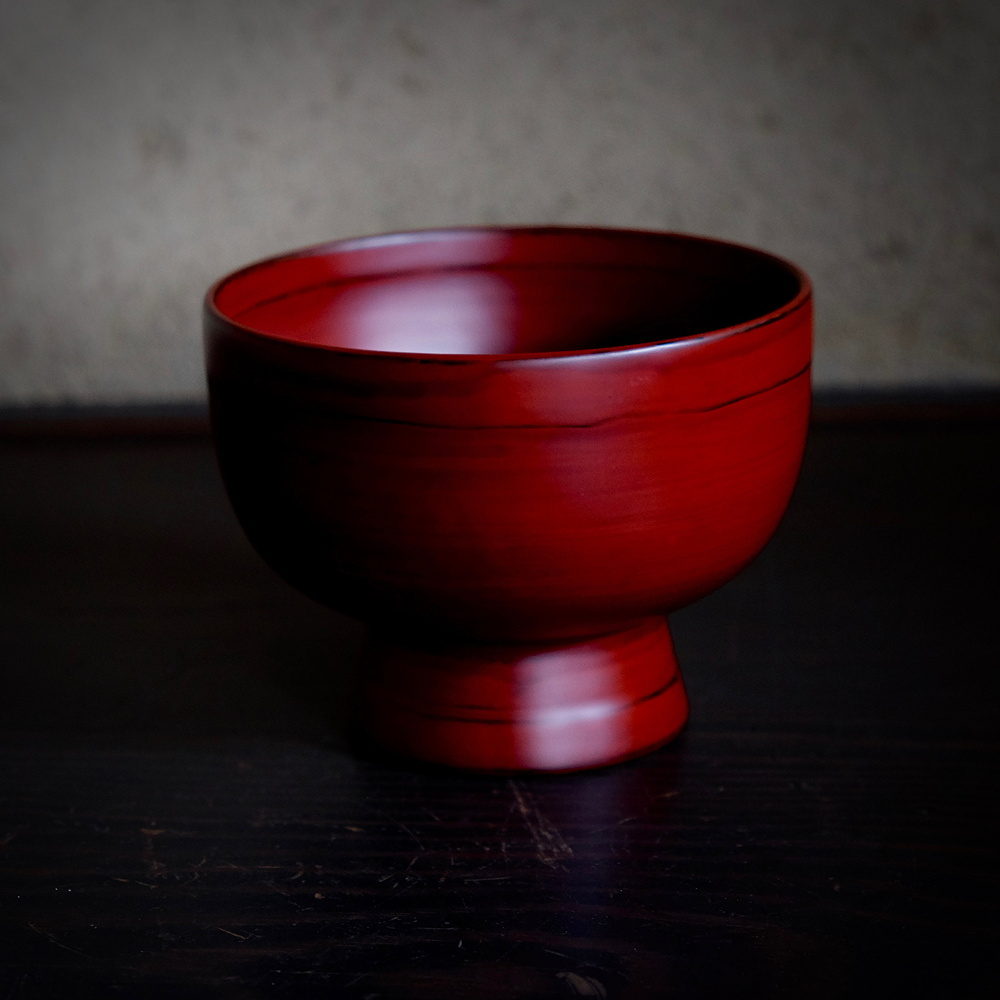 We celebrate the beginning of the New Year at Gallery Nichinichi with an exhibition of lacquer works by Isaburo Kado (1940–2005).

The life work of Isaburo Kado rises like a giant mountain range in the landscape of modern Japanese lacquer art. Looking at his creations I feel an extreme and captivating elegance. I cannot escape this: the vibrant liveliness of the artworks gives me goosebumps. It is only later that I realize: these are objects made to be used. Who was Isaburo Kado? Born in the last years of the Pacific War, working in the remote town of Wajima, Kado lived a quiet solitary life. He was driven by a deep desire to balance contradictions between local indigenous traditions and global modernity, to explore the boundaries of art and craft, and to seek the joy and fulfillment of life. Instead of verbal answers to these questions, Kado has left us his inimitable works. I have the feeling that now is exactly the right time to take a new look at his work. We are happy to present a dense and deep exhibition that will include a wide range of Isaburo Kado’s lacquer works: small and large bowls and dishes, expressively lacquered boards of split wood, elaborated stacking boxes, and much more.
(Fumie Okumura) 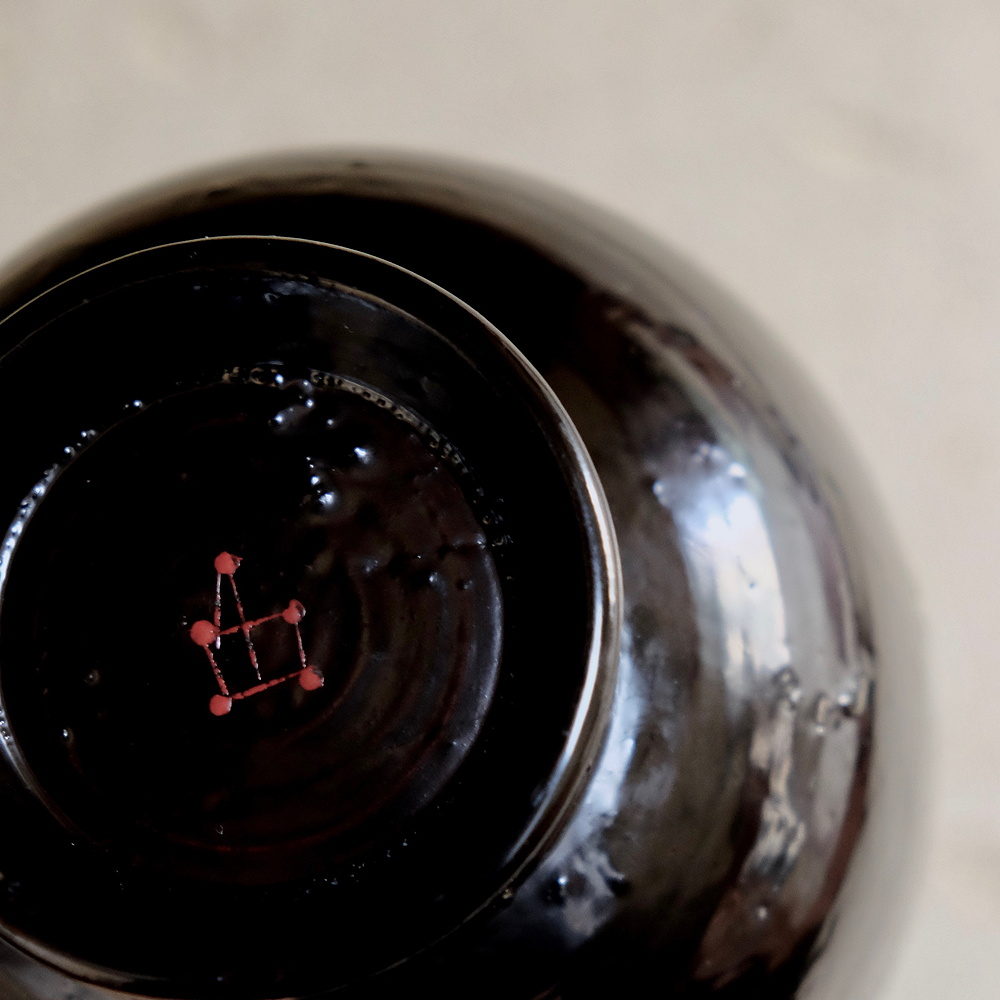 “Even compared to the most high-ranking and appreciated bowls,
the world of a simple, crude, and honest bowl is not inferior.” 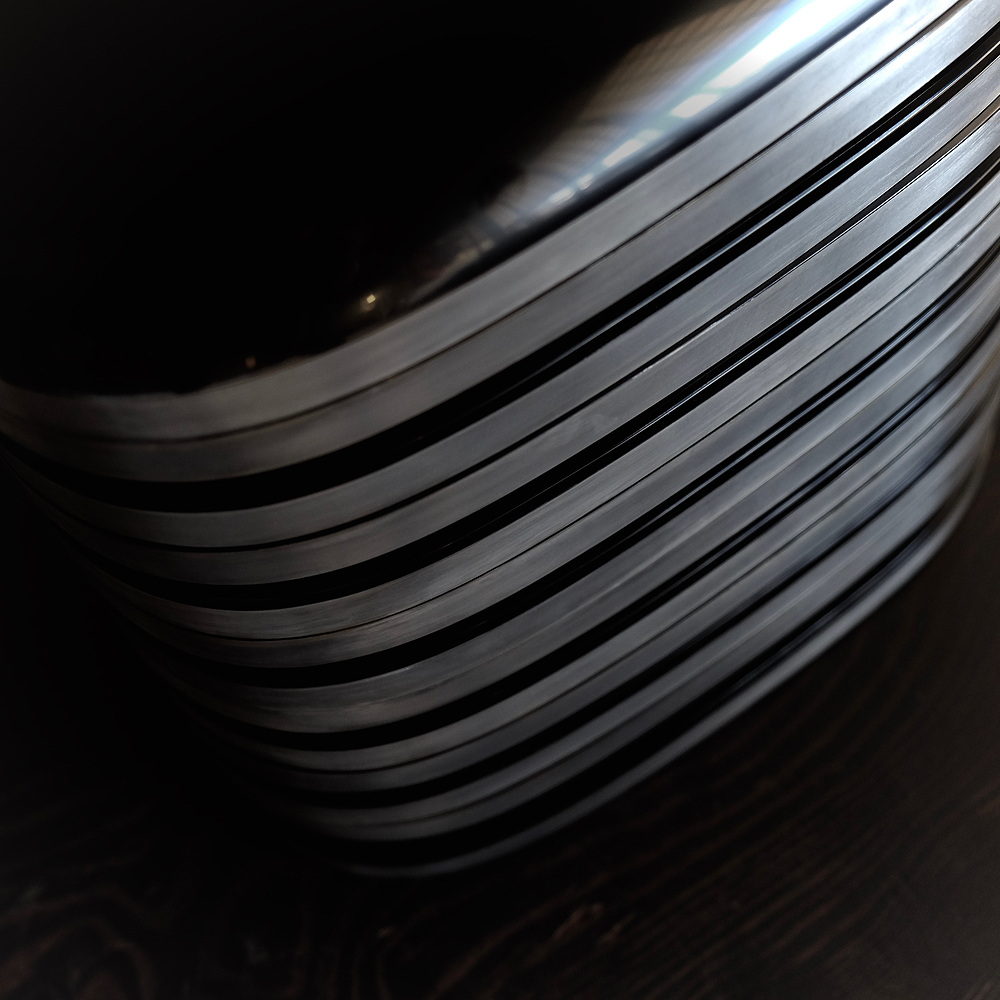 “A bowl is not something in which to enfold our technical skills.
I want it to be something that contains a landscape.” 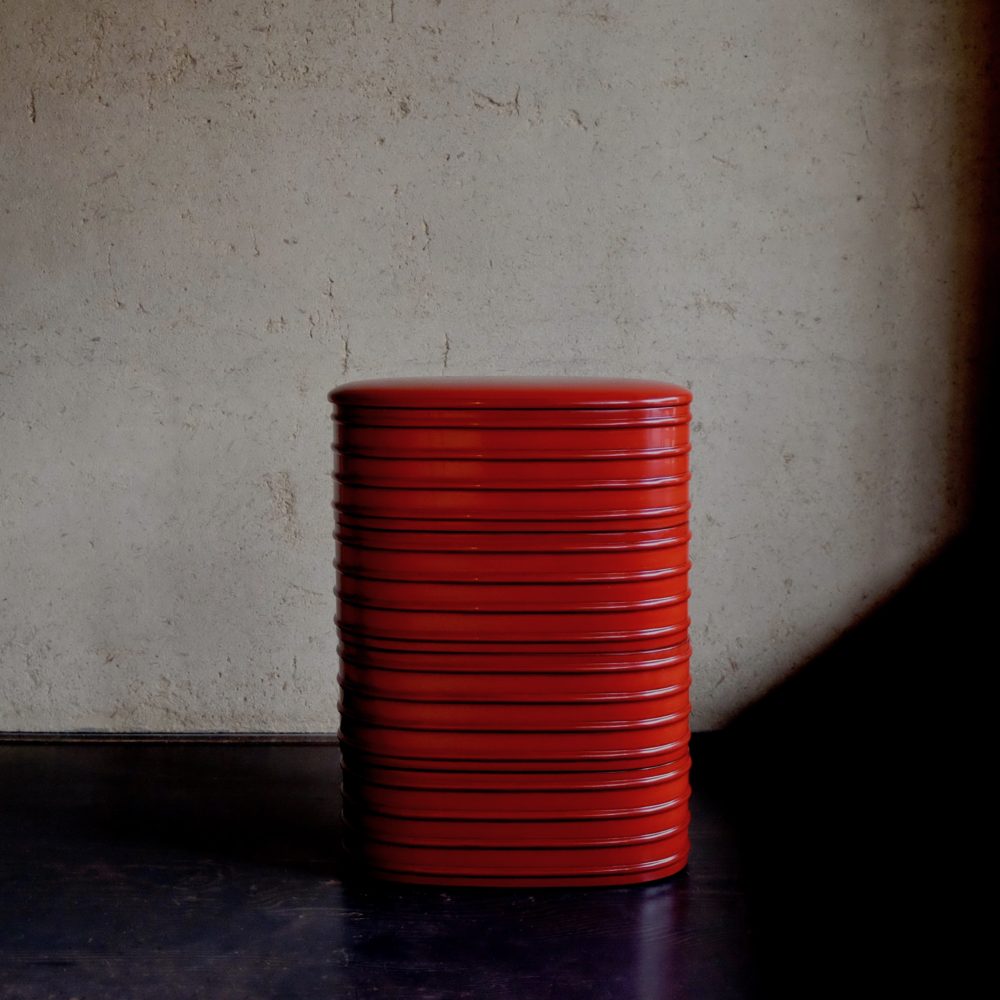 “Isaburo Kado: On the sources of his creative power.”
Elmar Weinmayr

After meeting Isaburo Kado in 1990, Elmar Weinmayr curated many exhibitions of works by Kado in museums and galleries in Europe. He will trace some factors of the artist’s creative power. 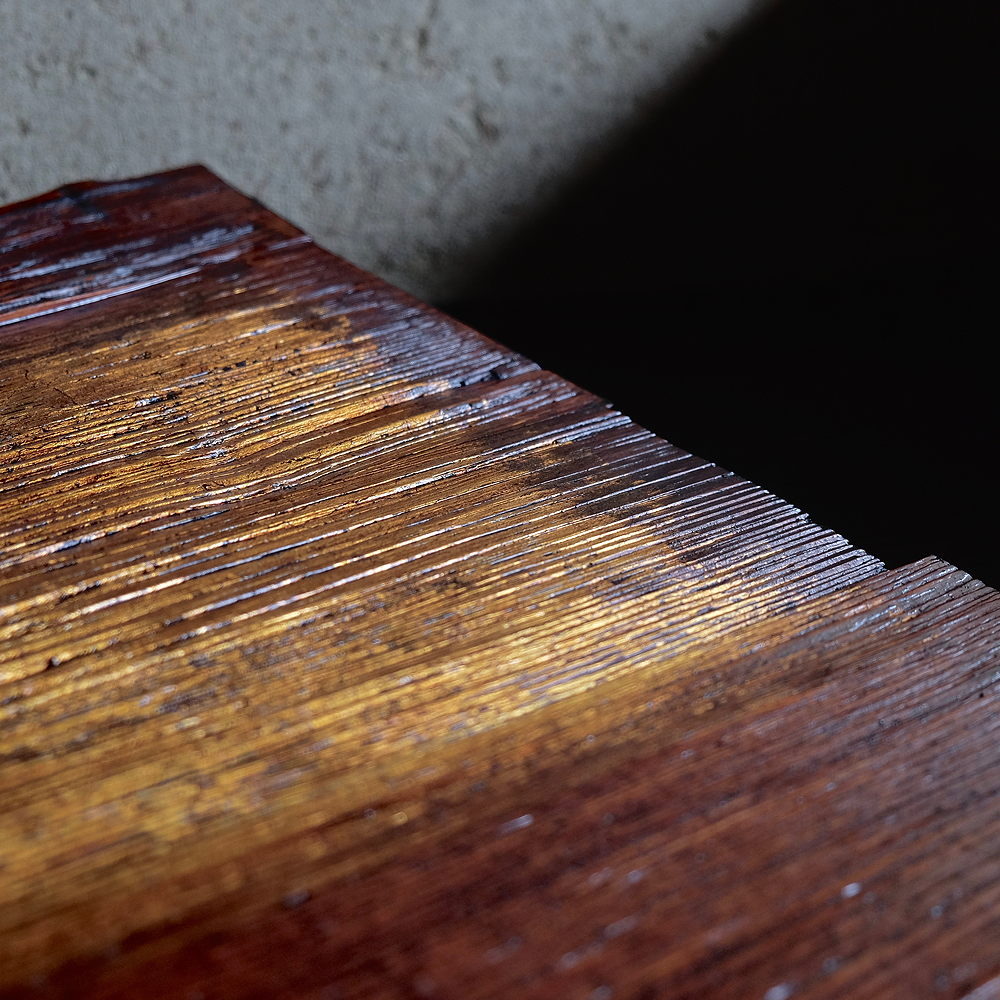 “What exactly is urushi-lacquer?
Facing this question it expanded into: What is wood?” 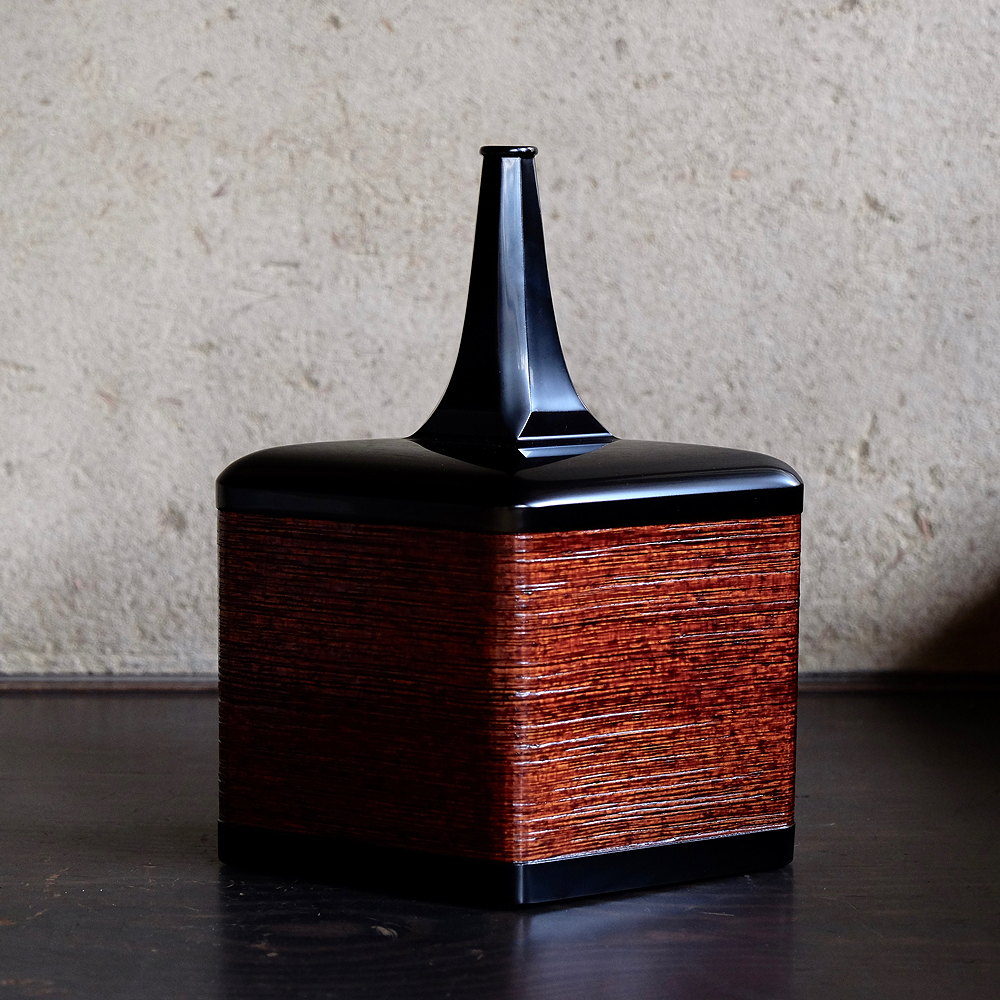 “In my newly built workshop I am enfolded by abundant nature.
Just in front of my feet are a multitude of small flowers.
Blossoming with all their life force, neither knowing or caring about us humans.
For the first time I realized: these are my masters.” 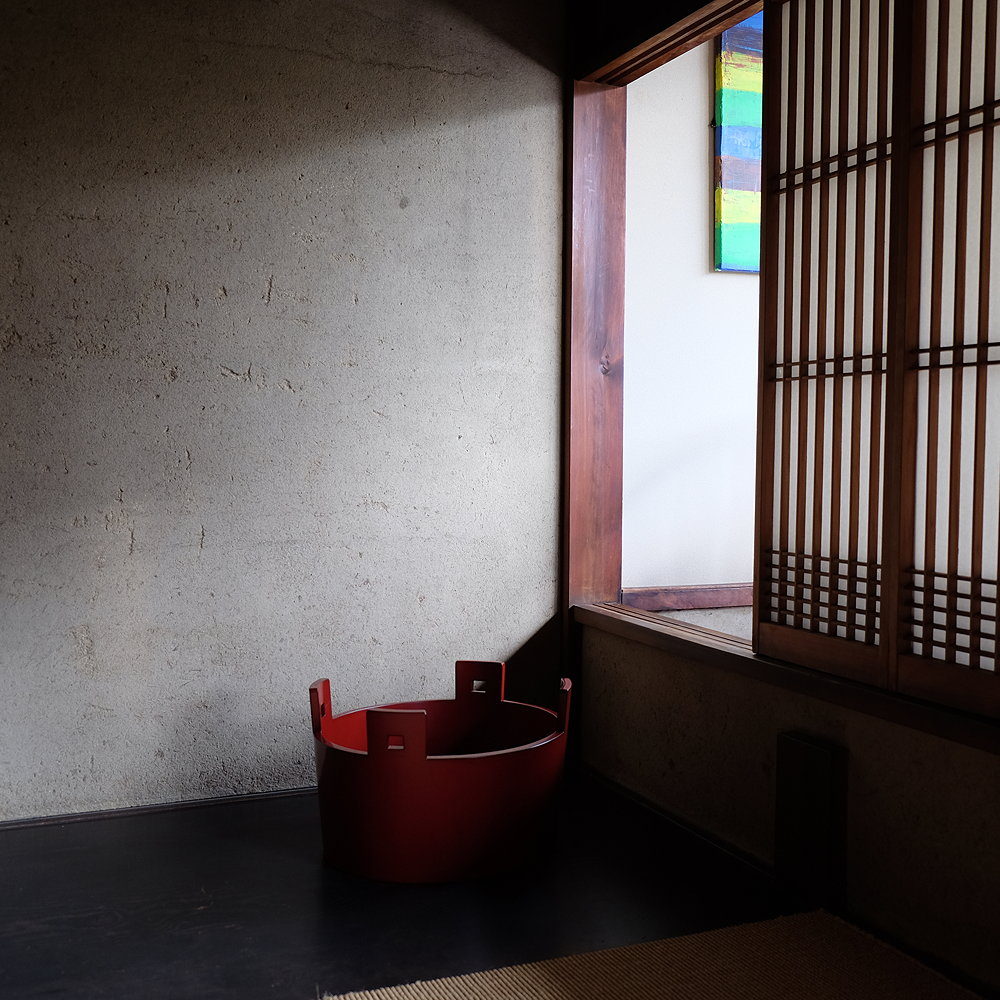 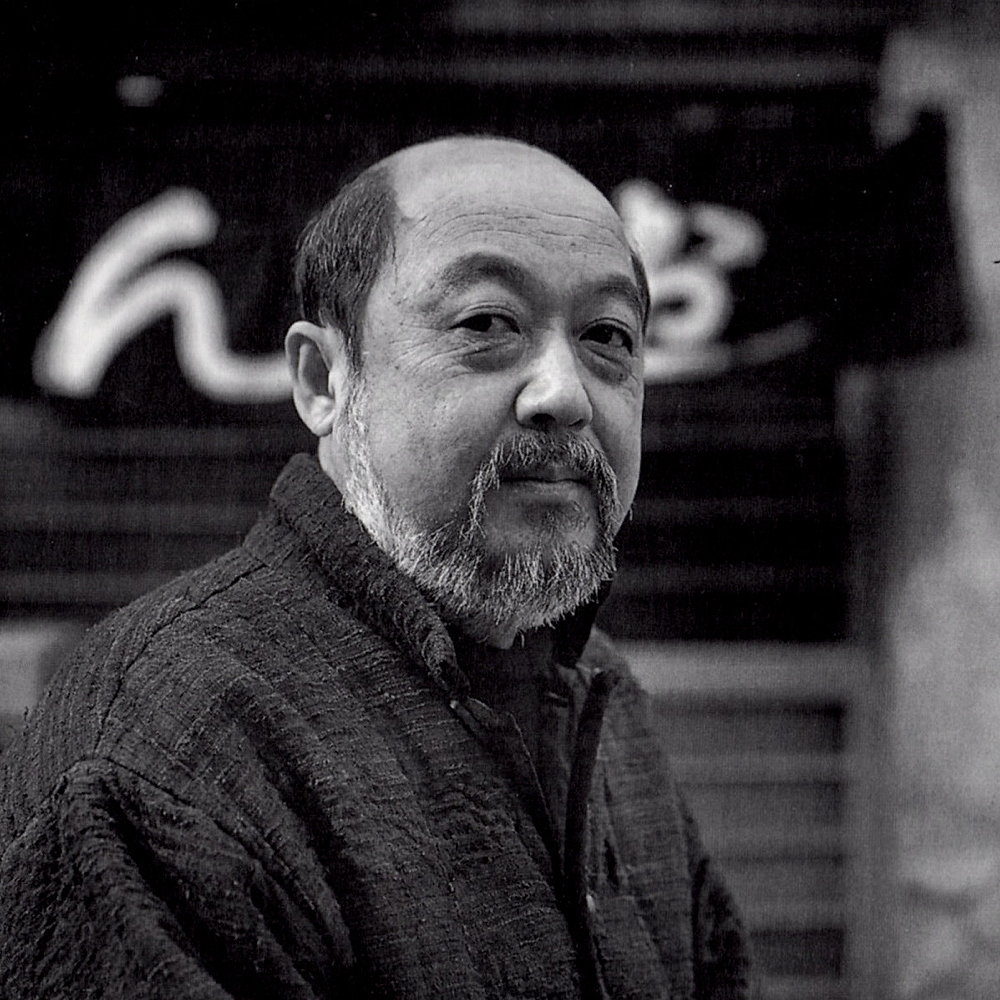 角 偉三郎｜ISABURO KADO (1940–2005)
was born in 1940 in Wajima, Ishikawa Prefecture, in the heart of the Japanese lacquer tradition. After he finished middle school his father told him: “You are not intelligent enough to continue school. Try at least to learn chinkin.” Chinkin is a technique of decoration that involves scratching thin lines into lacquer surfaces that are later filled with gold. So at the age of fifteen Kado began an apprenticeship with the famous chinkin-master Hashimoto Tetsushiro.

After completing the apprenticeship, Kado used the chinkin technique to create lacquer panels. He was strongly influenced by contemporary American painters whose works he saw in exhibitions in Tokyo, and took part in a movement in modern lacquer art that is not interested in functional objects but rather in creating images and sculptures out of lacquer. He received numerous prizes and awards, including the right to take part in the Nitten exhibition every year without prior evaluation by the judges.

In the beginning of the 1970s, inspired by the discovery of old forgotten food bowls in a temple, Kado became increasingly fascinated by bowls as subjects for lacquer art. In 1982 he dropped out of Nitten and put together his first exhibition of bowls. Beginning in the mid-1980s he journeyed to Thailand, Myanmar, China, Bhutan, Nepal, and other Asian nations in order to study their local handicraft traditions.

Despite his wide-ranging interests, Kado was deeply immersed in the local craft traditions of Wajima. He used these traditions and created well-chosen modern forms that incorporate a good deal of freedom and playfulness. Kado worked together with a range of craftsmen in Wajima. He drew on their experience and knowledge and, in return, became a force for the development of new techniques.

His unquenchable thirst to create evidenced itself in the wide range of his works. It includes everything from everyday household objects to the finest pieces for special occasions, to pure art objects and pieces for installations.  Kado passed away in October 2005.