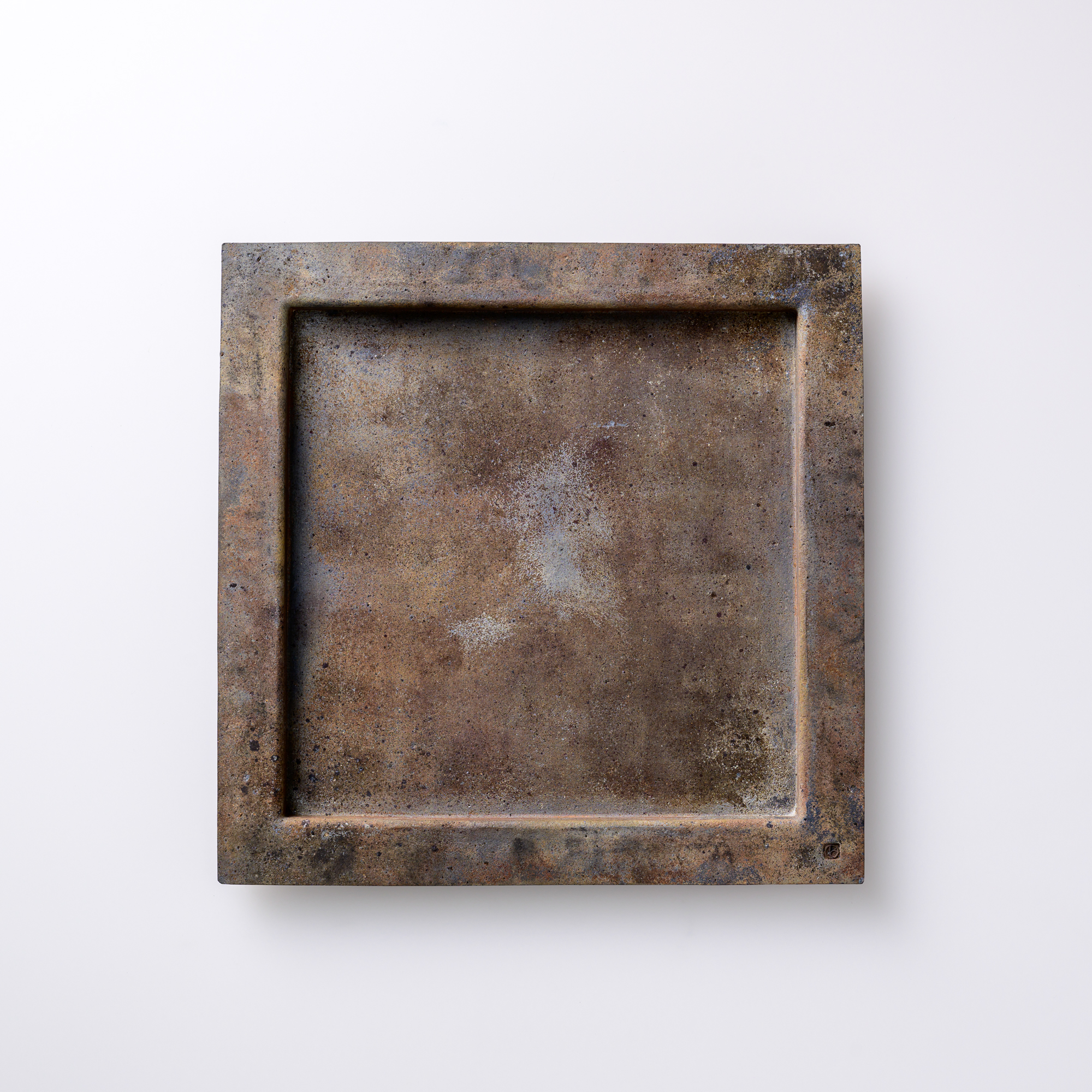 Forms. There is no ornamentation. What are theses pieces about? Taking a closer look, you see there are no joints at all. They are hammered out from one piece. The simplicity of the forms highlights the complexity of the process. As soon as you realize that they are forged from one block of metal, you feel the intention of the creative process resonating powerfully like the rumbling of the earth. 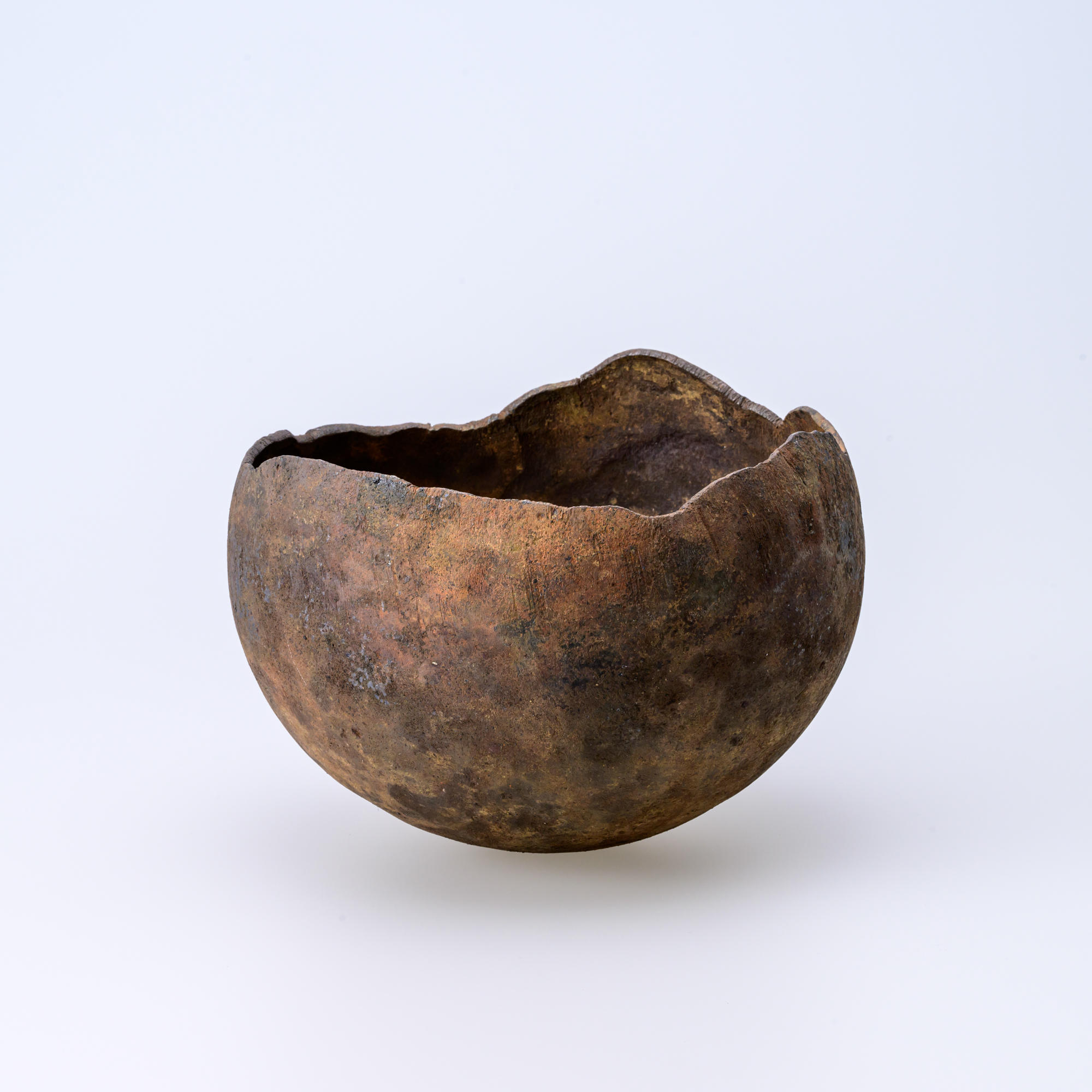 Surfaces. In earlier times, Otto Baier tells us, he liked to polish the metal to enjoy its colorful luster. Nowadays he refrains from any refining. Generated through a long process of repeatedly softening the metal in the heat of a glowing charcoal fired forge, cooling during hammering, and reheating again, each piece achieves a unique surface. Primitive and complex at the same time, a landscape of countless structures and hues of color is revealed. 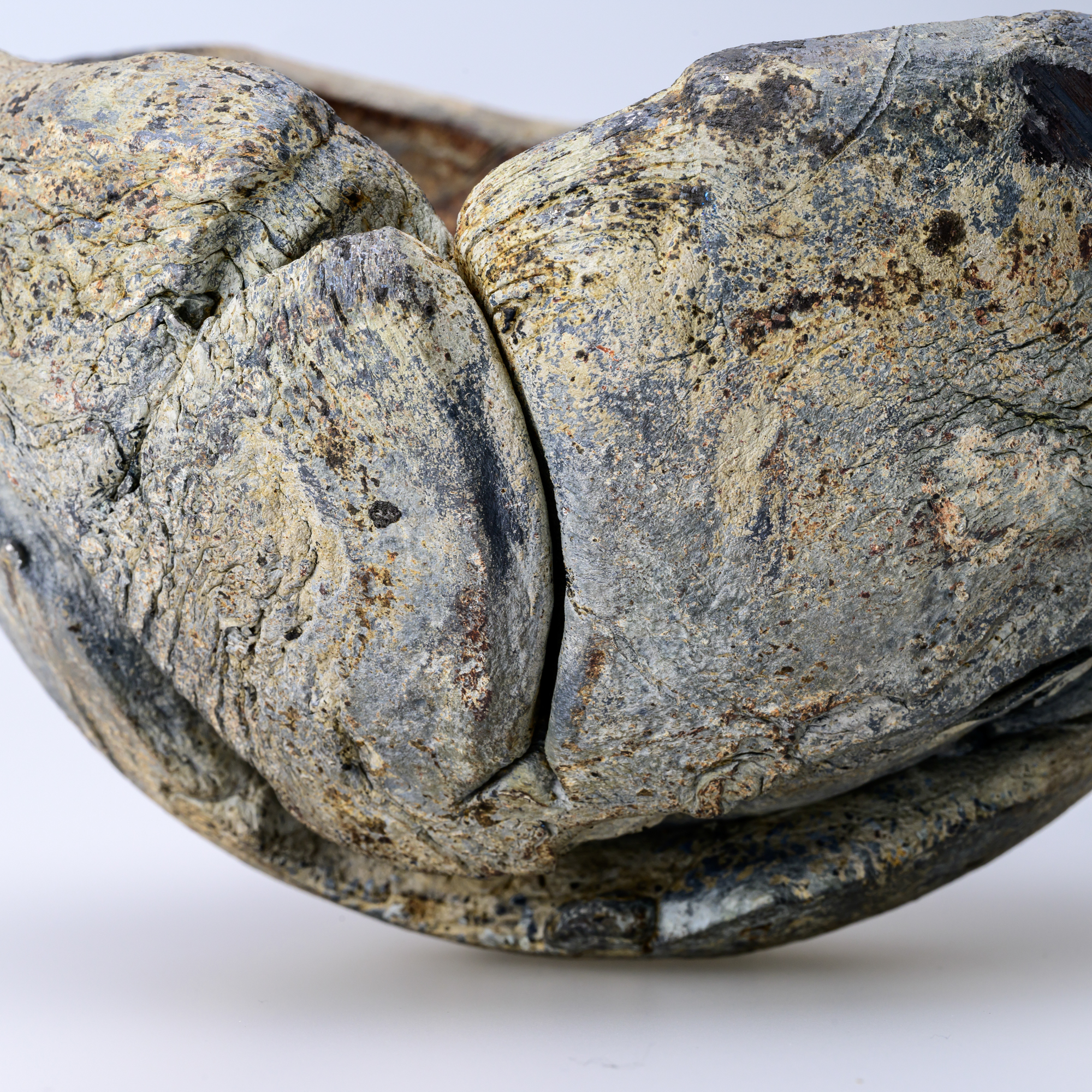 Material. Each material will break if you apply more force than it can endure. Otto Baier likes to push the material to its limits and even go past its limits. When the metal breaks new structures and forms evolve. It also happens that long before reaching its final shape the work in progress reveals a form so interesting and appealing that he stops there. Each piece finds its form in this play between the hard resistance of the material and the power and control of the blacksmith’s hands. 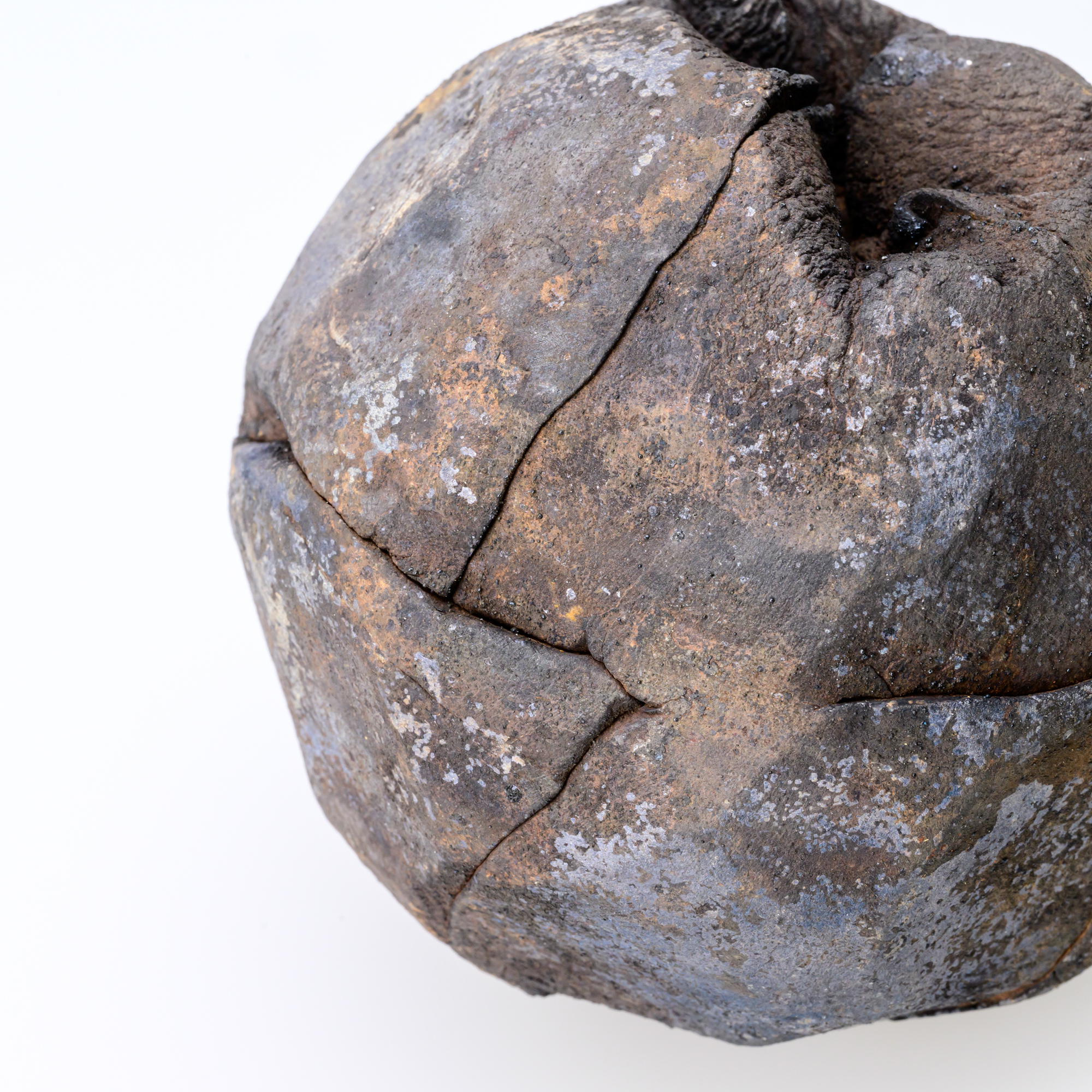 Titanium. For the blacksmith’s hands, titanium is a challenging material. Compared to iron it is astonishing light with warm colors. At the same time it is much harder than iron and can damage normal blacksmithing tools. When titanium reaches a very high temperature it becomes softer and easier to form than steel, but when the temperature drops, it quickly becomes hard again. In any case it is difficult to handle. Titanium challenges Otto Baier’s hands, tools, and the creativity. 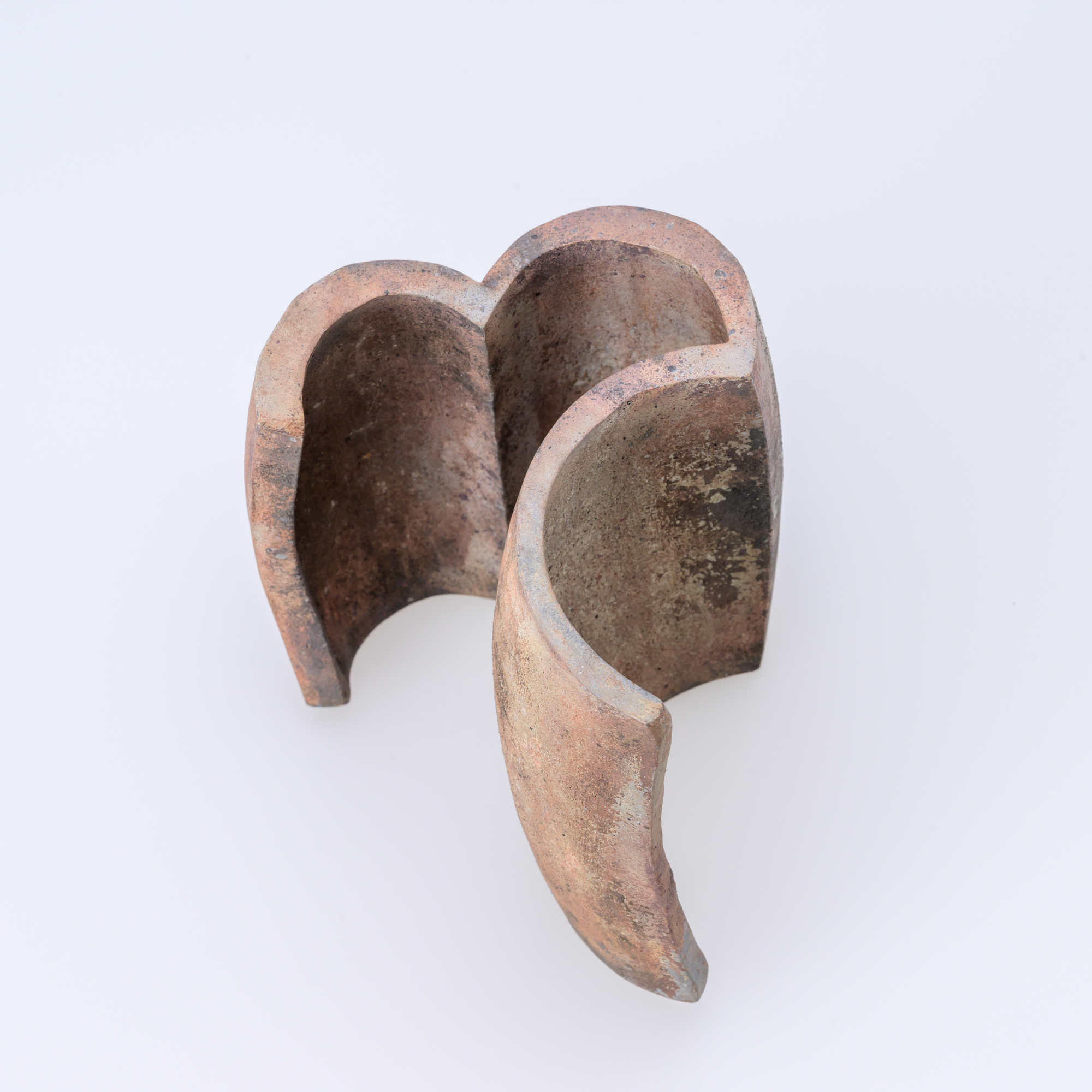 In our New Year exhibition 2023 we are pleased to present outstanding small sculptures and objects by Munich’s Meister blacksmith and artist Otto Baier. 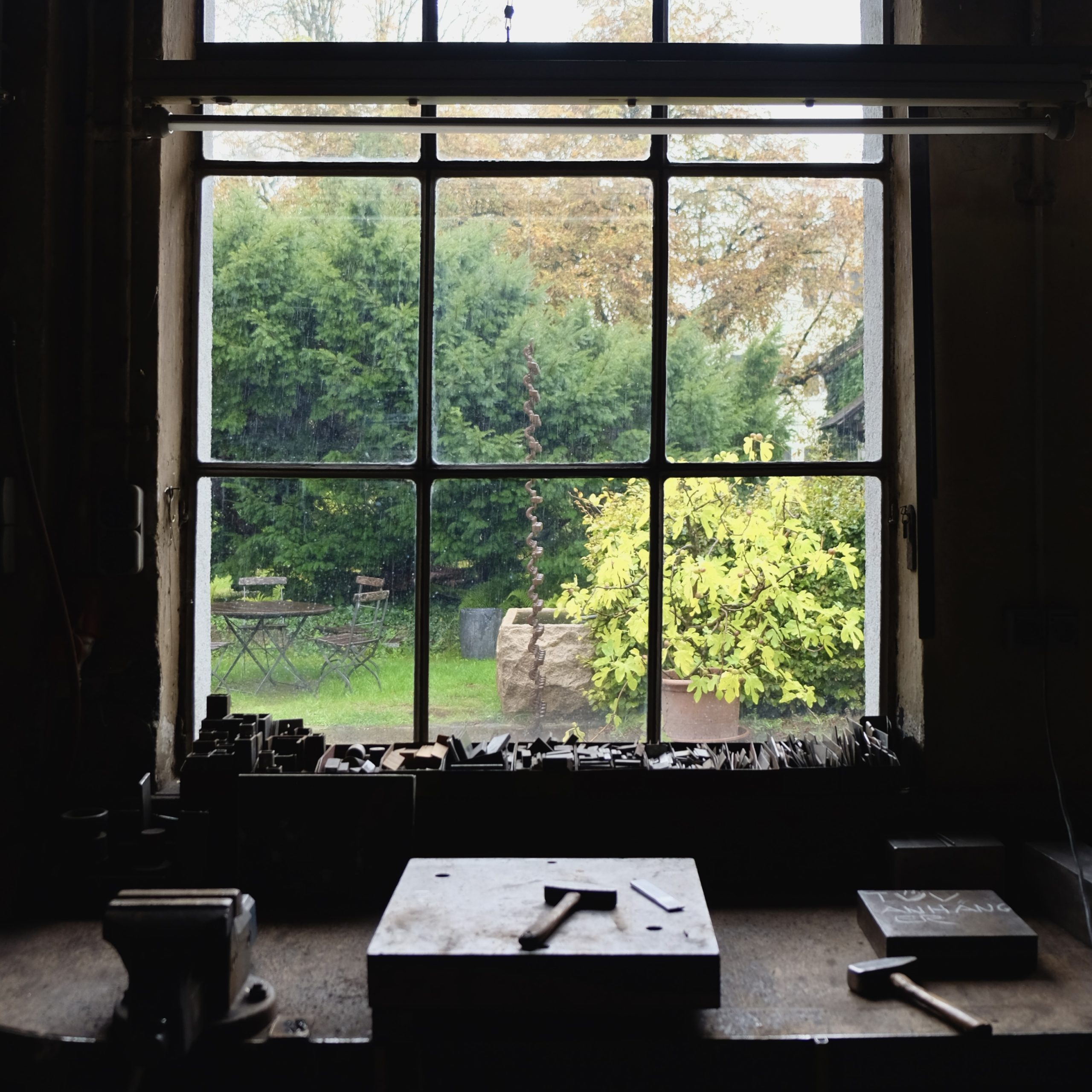 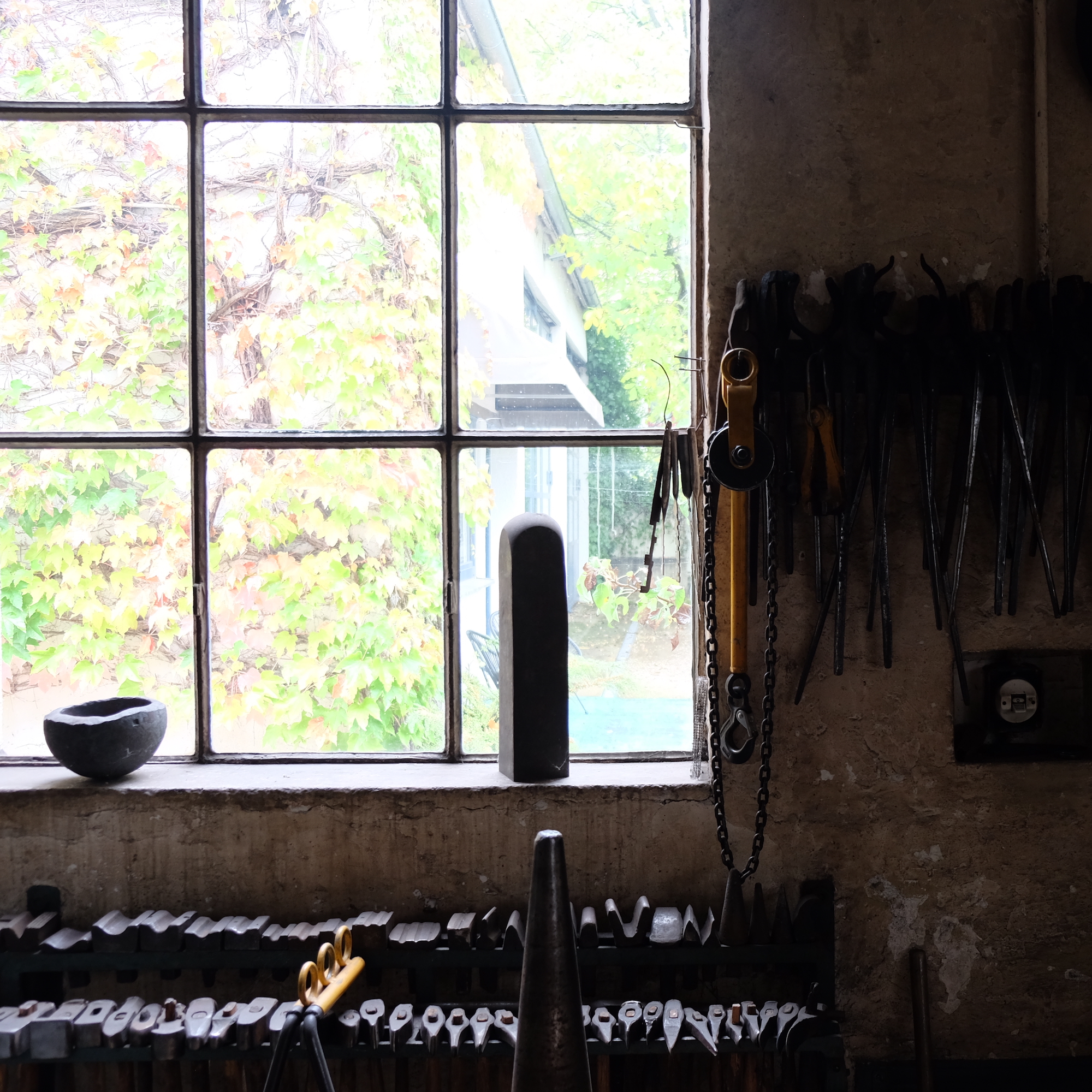 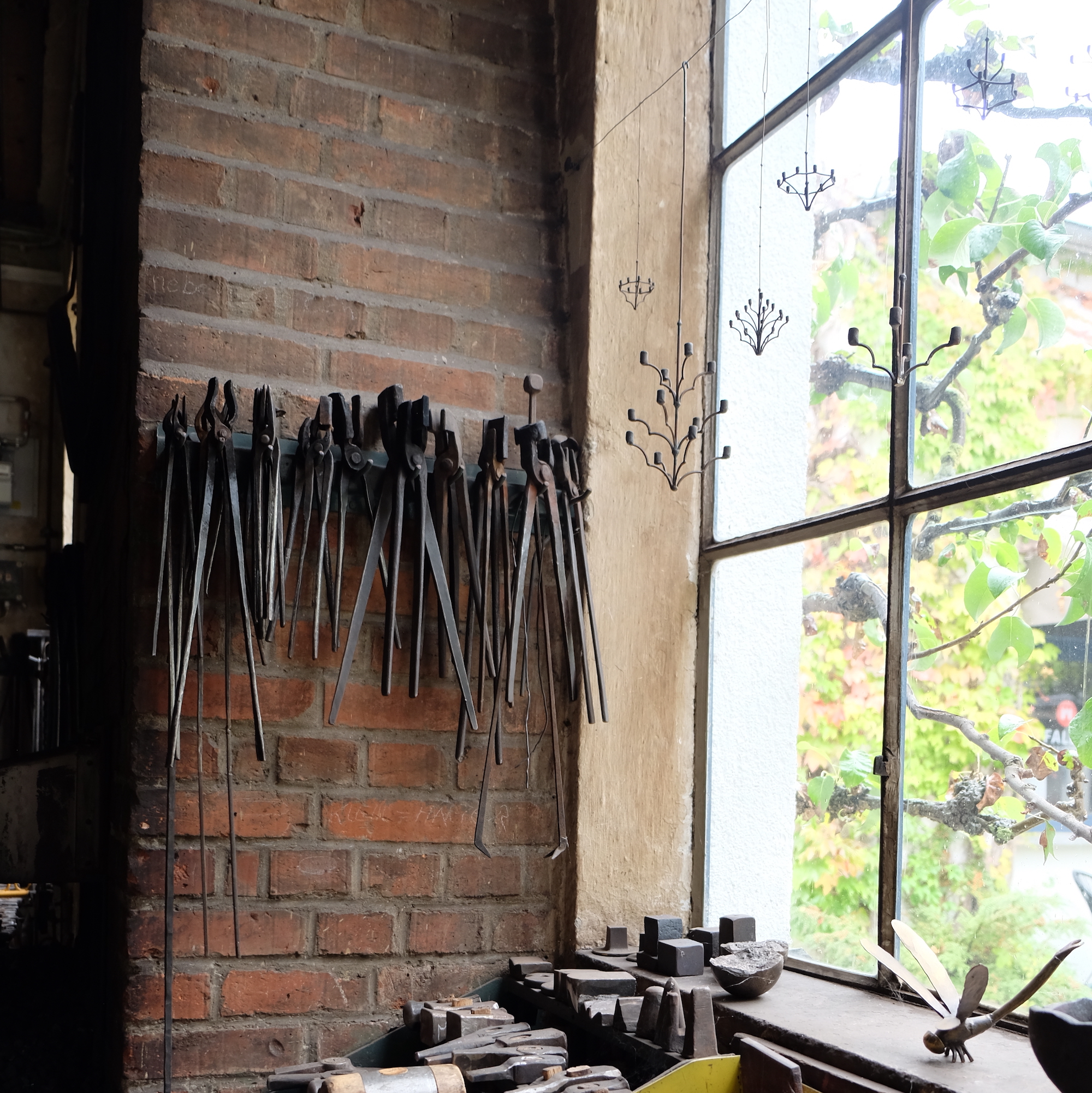 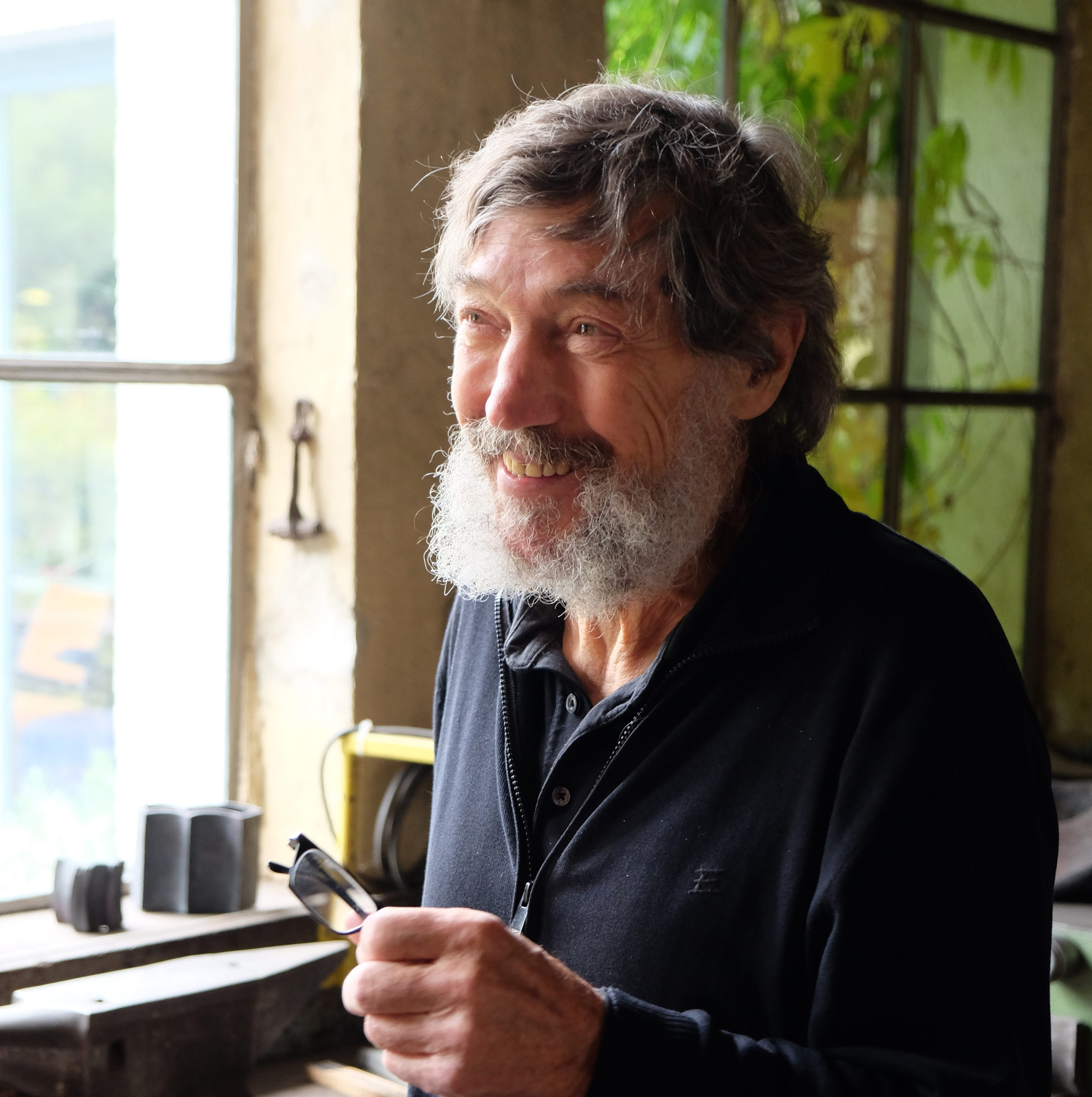 Otto BAIER
Otto BAIER was born in 1943 in the outskirts of Munich to one of the oldest German blacksmith workshops which has existed for 550 years. After graduating from high school, he studied forging techniques and entered the Technical University of Aachen in 1965, and upon graduation in 1968, he obtained his master’s degree as a blacksmith and took over the workshop in 1972. Since then, he has been working mainly in three fields: Church work such as crosses, candelabras, and chancel chalices. Metal works for architecture such as fountains, iron fences, sundials, and gates. And tools such as fireplace tools, candlesticks, trays, and bowls. In his workshop, the raw materials are shelved, and dozens of hammers and other tools are neatly arranged. The workshop itself, abundant with natural light, looks as beautiful as a perfect installation. Otto Baier is one of the most renowned blacksmith artisans not only in Germany but also in the world. At 79 years old he is still active in hammering iron and titanium. His works are found in numerous museums and private collections.