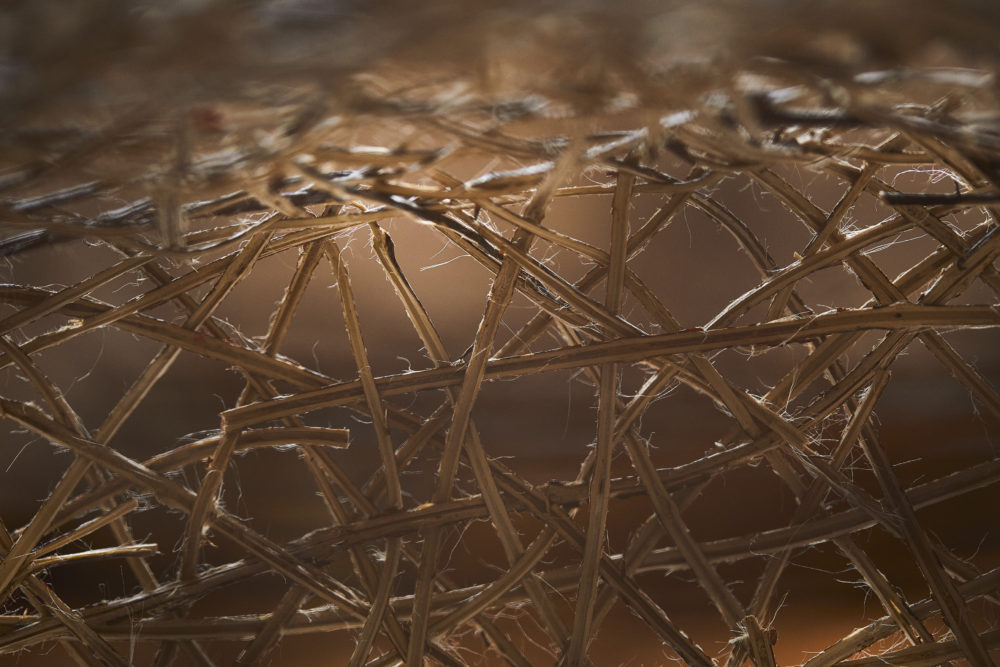 It looks like a basket.
Interlaced strips of bark. With rebounding elasticity they hold the space.
Rays of light pass through the gaps. Like a prism, dispersed into varied images.

It looks like a basket.
The fibers are bundled and assembled. It looks like a piece of architecture.
The inside space integrates the surroundings but maintains its integrity.
Its strong presence creates a room within the room.

What is this?
Do not get confused just because it looks like a simple basket.
It is the mark of a vivid fight of thoughts.

Sekijima-san analyses the entangled relations between points, lines, and surfaces in a radical way.
Her ceaseless questioning over more than 40 years has evolved in the creation of more than 680 baskets.

Creations at the boundary of consciousness and unconsciousness. Constructed and wild at the same time. Blazing a trail between the known and unknown. All this contained in the elegant, beautiful and familiar shape of a basket. Each time, when I feel the scale of the artist in these works, I am speechless and I find myself in a new world.

What is this?
Don’t be fooled by the fact that it looks like a simple basket.
It is an expression of overwhelming joy. 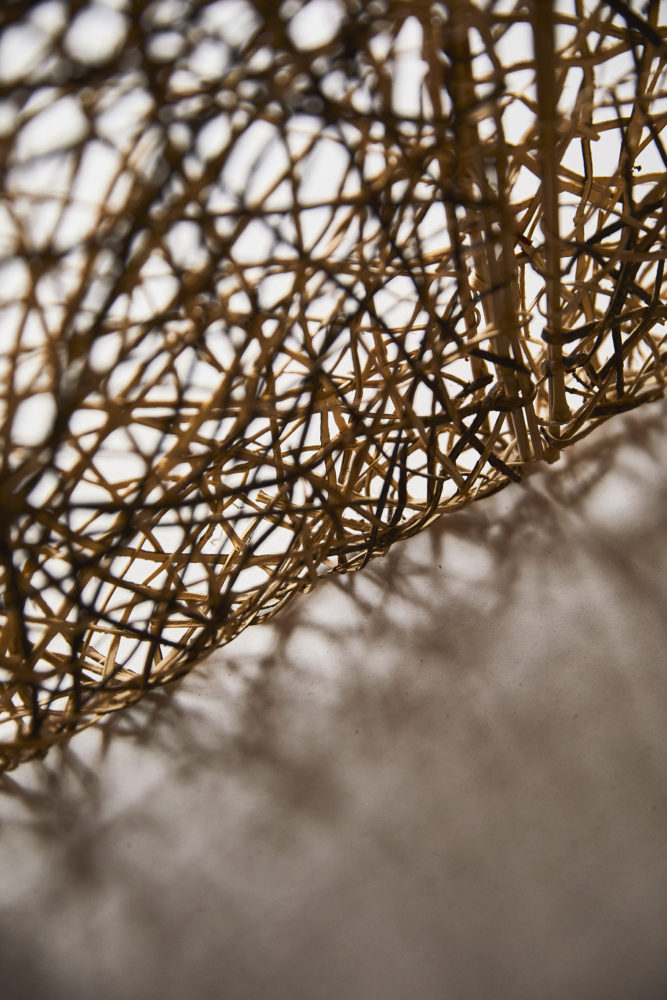 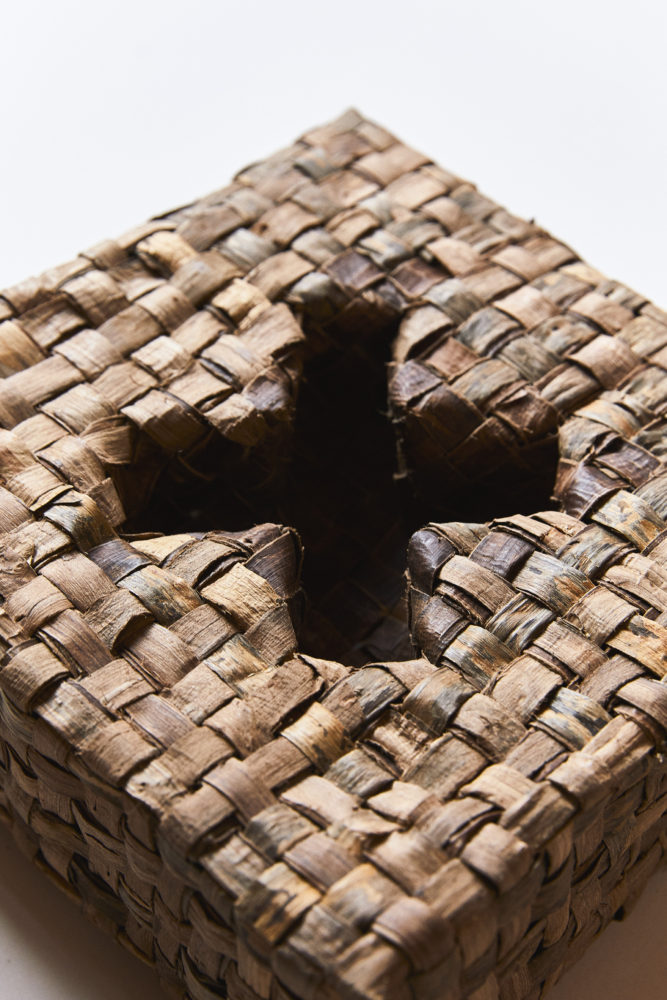 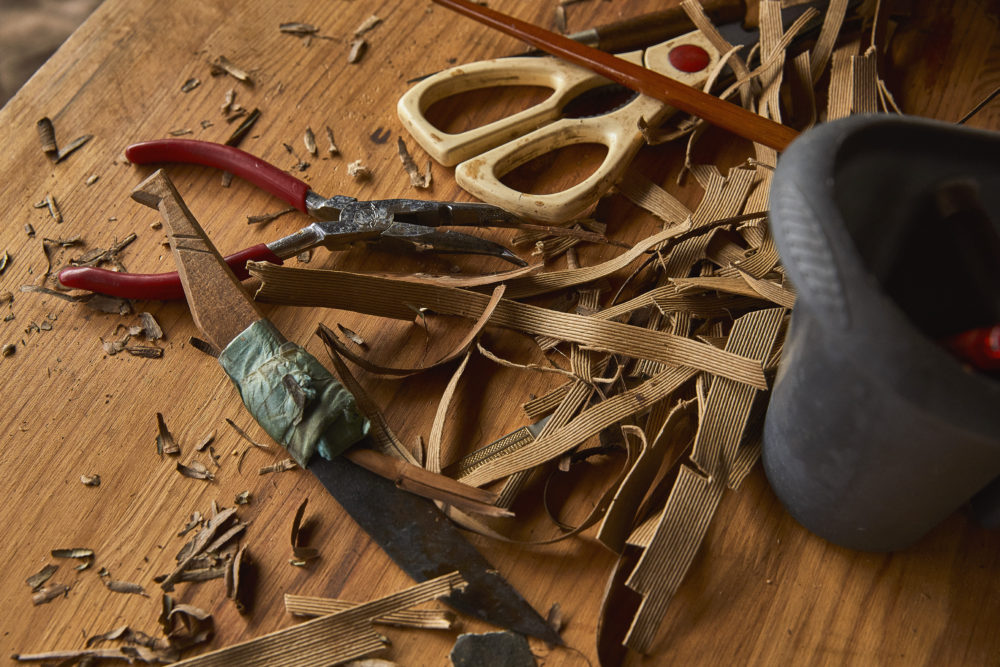 In my eyes Hisako Sekijima is the leading figure in the field of basketry art. Three years have passed since our last show, and I am happy to present this show of recent pieces and never shown older works of her overflowing magnificent energy. 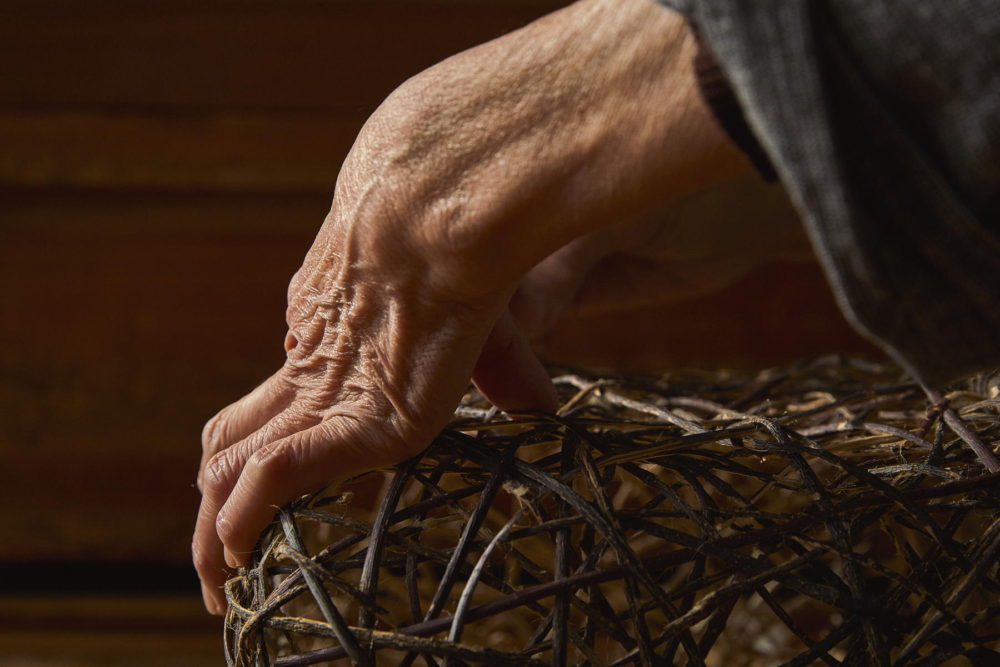 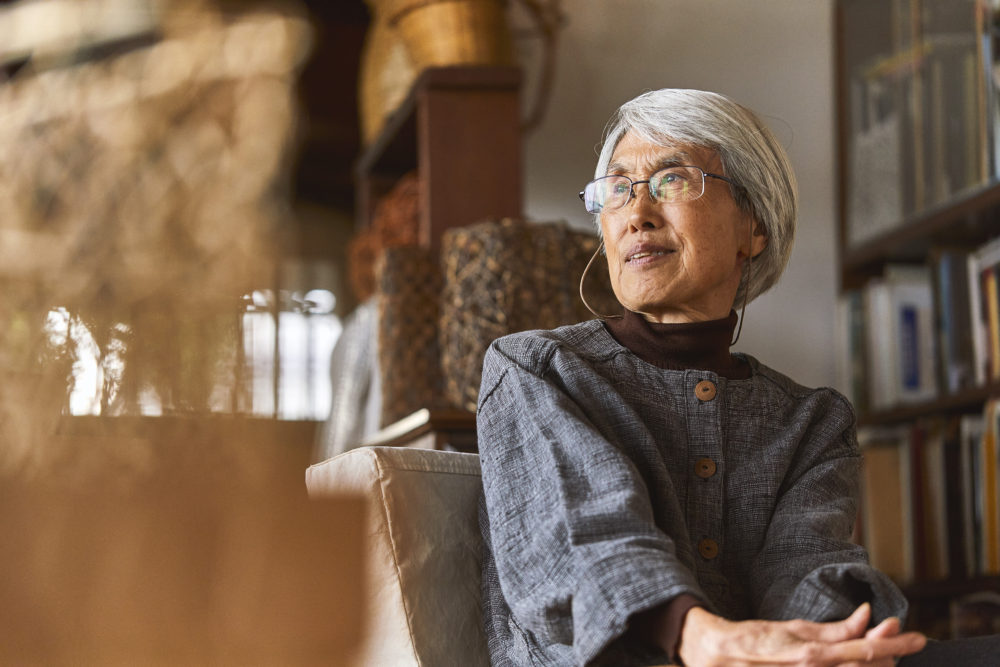 Sekijima Hisako was born in Tainan (Taiwan) in 1944. After studying English literature and working for several years in Tokyo, at the age of 28 she started to learn traditional rattan basketry. In 1975 she moved with her husband to New York.

The museums and collections she had access to in New York gave her the opportunity to study the weaving traditions of numerous cultures. Her encounters with the avant-garde of modern basket makers in the States (Ed Rossbach, John McQueen) opened up totally new approaches for her. She was fascinated by how these basket makers, through study and practice of traditional techniques, found their own very individual style. Since that time she has been making baskets exclusively.

Her materials consist of all kind of plant fibers and bark that she gathers herself. In creating her baskets she doesn’t work within traditional Japanese patterns. A Japanese element can be seen in her works, however, in the way that she emphasizes the materiality of the natural materials. Her pieces make these natural qualities visible and touchable.

Her finesse in weaving with various natural materials, her imaginativeness in working with woven structures, her well-educated fantasy and her humility are quickly leading her to become the most important artist in contemporary basket making in Japan. She has become a sought-after teacher for workshops and university courses in Japan and all over the world. Sekijima Hisako lives in Yokohama.